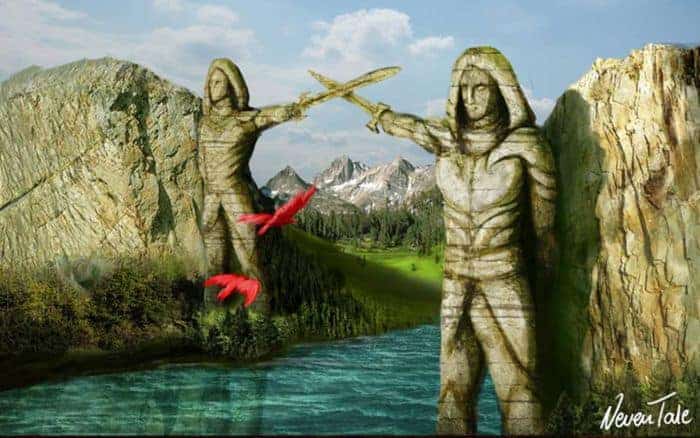 Chicago based Vavel Game Studio made their debut on Kickstarter recently with the $2 million funding goal for the story-driven, next-gen MMORPG game, NevenTale. The game boasts to be a next-generation MMORPG with a heavy focus on player generated content and the end goal of completely eliminating the grinding elements seen throughout the MMO genre.

The developers hope to include the community in practically every aspect of video-game development. The support of the popular Hero Engine will allow players to create quests, environments, enemies and items, all with the powerful options available to the development team.

Fully voiced NPC’s with both professional and community voice-overs used, a free-to-play business model with the promise of avoiding a pay-to-play transaction system and a host of unique races and progression options are just some of the features promised with release.

Accompanying the Kickstarter campaign is a number of videos showcasing many elements of NevenTale. Check below for the official theme song, the potential for collaborative building with the Hero Engine and developer commentary explaining some of the concepts behind the games incredibly detailed lore.

For additional information or to pledge your support, click here.