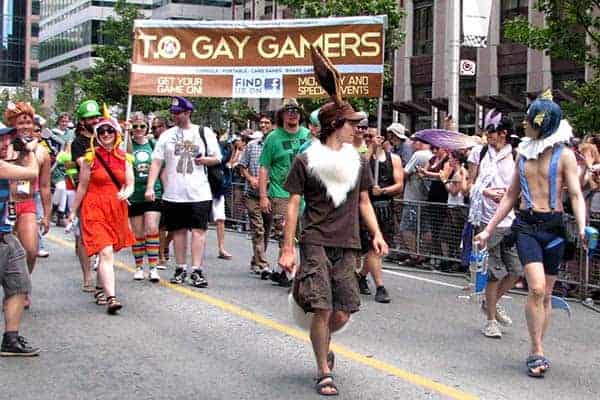 GaymerX may have held two successful
video-game conventions focusing on supporting the LGBTQ crowd but a
third will require the support of the gaming community via the
popular crowd-source funding program, Kickstarter. The gaming
industry is in a sad state of affairs when such an obvious sign of
the growth and variety of video-game fans has to seek outside funding,
but thankfully some big names have stepped up to the plate.

GaymerX is the gaming event for
everyone, but focusing on supporting LGBTQ gamers and allies.

The GaymerX Kickstarter for GX3 has 22
days remaining. It’s funding goal of $80,000 is already within sight
as over 302 backers pledge their support to the tone of $44,000. A
large chunk of this was donated by the developers of MMO giant World
of Warcraft, Blizzard – donating over $10,000 to the cause.

Whether you plan to attend or not.
GaymerX is the symbol of the future of gaming, where prejudice and
stereotypes are cast aside in the name of that which brings us all
together, the world of vidya games. For more information, or to
pledge your support, click here.