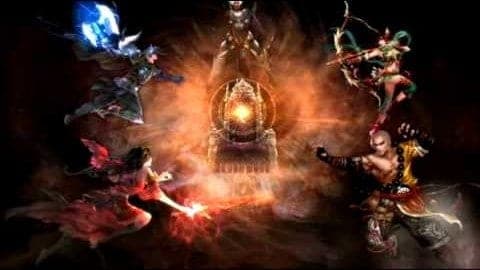 As seen on Todays Daily XP Video!
Congratulations to the longstanding free-to-play MMORPG, Conquer Online. Conquer Online has been going strong for over 10 years and will now celebrate its marvelous anniversary milestone with a massive tournament.

The 10th anniversary celebration will run until mid-June after providing players with tons of events, bonuses, and gifts. The World Fighting League contest will obviously be the highlight of this momentous occasion. Players from over 10 different versions of Conquer Online will duke it out to prove their true domination of the popular series. The big winner will be given a free trip to China as their grand prize.

There will be plenty of other prizes for participants, along with a handful of content for both new and returning players. Two servers are being launched to make room for newer players, with special Starter Packs available to support new endeavors in the game. Dedicated players on the other hand can look forward to a special ?Welcome Home? gift when logging into original servers.

Conquer Online was launched in 2003 and has since become one of the most memorable titles in MMO gaming. This MMORPG has a great track record. CO continuously adds content to support its prosperous community. With 10 years of oriental PVP action under its belt, Conquer Online is one of the most reliable MMO games out there.