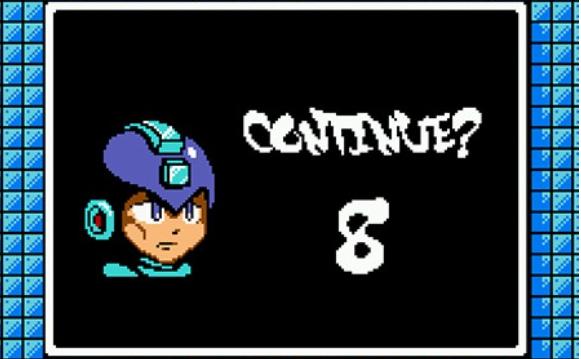 Video games are not just about
completing goals and achieving titles; they are more about the journey and
story you experience in doing so. Classic and modern games have both succeeded
at bringing immersive storylines accompanied with challenging gameplay
experiences. The difficult nature of accomplishment in video games is what has
made them so addicting for decades. There are a handful of current titles that
pose great obstacles to overcome, but difficulty in gaming sure has changed
over the years.

Nowadays it seems like difficulty in video games is
optional. Although someone should be able to enjoy any title they purchase to
its fullest, accomplishment should come from fighting through game challenges and not through simply playing through them. Current trends
follow the ideal that everyone should be able to beat a game regardless of how
good they actually are at it. There aren?t many games out there that exploit
basic gameplay mechanics like they used to.

It was a smart move in the gaming industry when you think
about it. Video games needed to connect with people that weren?t willing to
spend hours upon hours proving they could accomplish a virtual goal. The world
has become much more accepting about gaming obsessions because almost everyone
plays something nowadays; and unless you are a hipster gamer, it?s probably
something you always wanted on some level ? more people to enjoy games with.

It seems the value of making gaming attractive through ease
and approachability has outlived its utility. Video games are every bit as
popular as movies and music, so there?s no longer a need to push the industry
as if it?s competing to stay alive. Current releases are doing whatever it
takes to sell their game to the masses. Developers are even going as far as
holding the gamers hand; probably hoping they will never ever have to let it
go.

There?s nothing wrong with wanting people to enjoy their
game, but there needs to be an end to the modes with complete lack of challenge.
Rock Band 2 has a No Failure Mode,
for example, that allows players to complete songs with unlimited number of
mistakes. There will always be merit in letting fans experience their favorite
songs through to the end. There?s just something wrong when players succeed at
the most difficult of Rush songs with the voice of Kratos.

The fad of granted success in music games is just the tip of
the iceberg. Big hits like Dragon Age
and Skyrim seem to leave players
confused at what changing difficulty actually does to the game. If the change
isn?t obvious, the developers probably aren?t putting in much effort. Skyrim uses a copout difficulty system
seen in many games. Each level merely decreased the damage dealt by players,
and increases the damage received by enemies. This method does make the game
differ in levels of difficulty, just not enough.

It?s not impossible to make game change noticeable to
players. Minecraft is growing
increasingly popular everyday and has very nicely found a way to tweak damage
factors, but also bring players twists in non-statistical gameplay. A big change
comes to a players Food Bar, which can start depleting and even lead to a
characters death if completely empty. Enemies are also tweaked aside from their
damage improvements. Creepers for example will continue attacking players until
a greater distance is placed between them. Don?t go trying to board up your
house in a zombie attack anymore either, because on harder difficulties they
break through wooden doors!

Why is it so hard for developers to include changes like
this in every game? Moreover, why do they feel the need to walk people through
their games? Even Nintendo went so far as to create a Super Guide for New Super Mario Bros Wii. This mode
actually visual teaches you how to play each level. Don?t worry. The game will
only give you the help option when they are worried you are growing impatient
(i.e. after eight deaths). After years of some mind numbingly challenging
Nintendo experiences, it?s crazy to see such an accomplished protagonist like
Mario fall victim to the trend of ?walkthrough gaming?.

Companies are always revitalizing their classic heroes in
new ways. Many times these gaming giants succeed and warrant massive acclaim
for bringing back long standing favorites. To stick with Nintendo, Super Mario Galaxy 2 is a perfect
example. This Wii release was given positive scores across all platforms of
game review and did so regardless of utilizing the reputation of arguably the
biggest character in video game history. Best of all, it was hard as hell!

Games should be playable by anyone who picks up a
controller. At the same time, that shouldn?t make all of those games beatable
by everyone who does just that.
Developers need to find a way to fall back on the replay value through great
game mechanics. Players are always going to get frustrated when failing to
utilize game mechanics correctly. Giving people a reason to master those
mechanics is what gaming has always been about.

Nothing allows people to work on their achievements more
than MMORPGs. The difference between immersive and tedious can make or break
any MMO game. Popular MMO games find a way to constantly provide new
experiences in familiar settings, while others burnout for providing mundane
reoccurrences. Newer endeavors need to take a page out of the retro play book
and set a difficult bar to reach for each person taking part.

Let?s be fair. Older gaming systems had the reputation of
delivering some sadistic experiences that left gamers raging. That rage is what
made gaming experiences so renowned though. The most famous play on this retro
trial and error method of gaming can be seen in the explosively popular geek
treasure – I Wanna Be the Guy: The
Movie: The Game. Current games like Dark Souls and Demon?s Souls
have also been ripped for being deliberately torturous to gamers undertaking
their challenges.

Sometimes difficulty goes too far. People don?t need to feel
angry for a game to be good; they just need to feel like they accomplished
something. The biggest complaint from Assassins
Creed 3 was a quick play through, ultimately leading to lack of replay
value and overall reward. What?s the glory in achieving something that could be
gained the same way as placing the game on easy mode? More importantly, if you
are walked through the game like New Super
Mario Bros Wii, what makes those experiences rewarding?

There?s only one logical reason that games are so easy
nowadays, and it?s to sell more of them. Be honest, is there really any
downside in finding a game that?s too hard to beat? Most people don?t feel like
they wasted their money, they feel like they haven?t reached a level of
accomplishment yet; so they go back and try again. Older games made you earn
your achievements through trial and error, for pride reasons. The gaming
industry needs to return to its roots, when continues where something scarce.

That leads us to the overall point of this article:
Continues don?t exist. How many times did people actually get a ?game over? in The Walking Dead, just to continue from
moments earlier prepared for the oncoming attack? When was the last time you
worried about losing a life because you were on your last continue? Even arcade
fighters have lost their touch. Look at Tekken
Tag Tournament 2 if you don?t believe me. The game offers you a continue
when you die in story mode, but then just forces you back to a character select
screen anyway offering you other options in your journey. This is cool; but how
is starting the storyline of one character but ending with another a
continuation of anything more than pushing players through the game?

Gamers don?t have a fear of dying anymore. Nowadays, people
know when they die in a game that they will likely have a save point or a
continue to bail them out of messing up so bad. Being fearless and making
uncountable mistakes isn?t a skillful way to beat a game. Don?t give the
juxtaposition of games being too hard either; that?s why cheat codes existed. Maybe
if everyone sucked it up and failed a few times, they would learn how to
overcome those failures and be better gamers, fighting to succeed at their
goals. It?s time to learn a thing or two from retro gaming mentality.