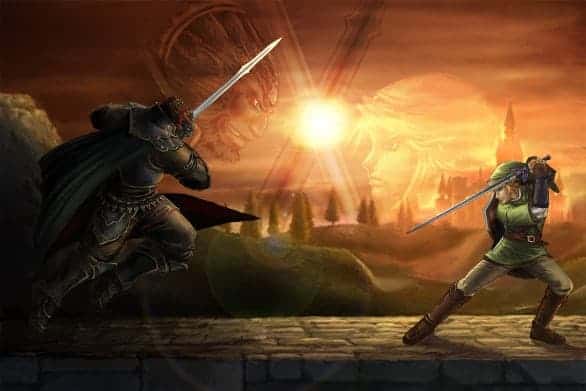 Hey there, ladies and gents! Before we get today’s issue underway, I feel it prudent to apologize for my absence. The end of the month is always something of an overwhelming time for me; sadly, I ended up getting somehow lost in the fray. No worries, though – I’m back now, and hopefully this sort of thing isn’t going to happen again.

Oh, fair warning: this article is going to contain some spoilers. If you haven’t played Demon’s Souls or Mass Effect 3, you’d best refrain from reading.

With that out of the way, let’s get straight down to business. Today, I’d like to take another look at gaming narrative, but from a slightly different bent. We’re going to examine the final boss as a concept: how it evolved, why it’s become such a fixture in gaming, and whether or not it’s ultimately necessary to make for a satisfying narrative. For simplicity’s sake, we’re going to ignore titles which lack any sort of narrative structure.

It’s a longstanding tradition where gaming is concerned: after battling your way through countless foes and overcoming numberless obstacles, you’d come to the end of your journey. All that stood between you and victory was one last hurdle. Whether they’re the Big Bad – the root of all your character’s problems – or simply one last, grand encounter; there was always something infinitely satisfying in taking them down.

In many ways, the battle was its own reward. Some of the best and most memorable tracks ever heard in gaming were born out of these battles, and some of the most dramatic moments many of us experienced early in our gaming careers came when we were at the mercy of these antagonists. Who doesn’t remember the first time they brought down Dr. Wily, their first victory against M. Bison; that time they defeated Eggman or the day they finally managed to take down Chaos?

The existence of these antagonists – the reason the battles against them are so important- is inherently tied to two core ideas. The first is something which is central to the vast majority of storytelling: the need for conflict to drive a narrative forward. Without conflict – without that ‘boss’ – the story stagnates, the game doesn’t move convincingly forward, and the player is left feeling bored and unsatisfied. The second – equally important idea – is the need for a challenge. Gaming culture has its roots in the arcade; where the challenge of beating down the last boss was second only to that of achieving a high score.

In other words, boss battles – particularly penultimate ones – serve a purpose from both a narrative and a gameplay perspective.

With how ingrained they are into game design and the culture of gaming, it seems as though the question of necessity carries with it a foregone conclusion. After all, without a final, nigh-insurmountable challenge to test your skills against, what were all your efforts for? Why should you have even bothered in the first place?

It’s not exactly an easy question to answer.

Perhaps the easiest way to address it is to re-frame the question a bit: instead of asking whether or not boss battles are necessary, perhaps we should be looking at whether or a traditional gaming narrative can survive without them. After all, it’s also fairly obvious that boss battles aren’t necessary for a title’s story to be superb. A look at Walking Dead: The Game, Unfinished Swan,  Heavy Rain, Journey, Metro 2033, and many other, similar titles is confirmation enough of this.

See, while the idea of in-game bosses has carried over from old-school into modern gaming, we’ve also seen a shift away from tradition in many titles – with varying degrees of success. Take Demon’s Souls, for example. After defeating the false avatar of King Allant, you’re invited to the Old One’s lair for one final confrontation. It promises to be a terrifying, epic showdown. What do you get instead? A pathetic fight against a creature hardly fit to be a standard enemy.

The message here is clear, though it was missed by some: for all that his pact with The Old One promised him power; for all the magical might that he unlocked through his association with it, in the end he becomes little more than a parasite, a withered, worthless creature feeding on the beast’s scraps. It’s a powerful message echoed in the earlier encounter with Maiden Astraea; one which involves either the true futility of your quest or the eventual consequences of your lust for power.

For a game which in many ways echoed so many facets of old-school design, Demon’s Souls did a remarkably skillful job of shunting tradition with Allant. In this way, a non-traditional final boss served the narrative masterfully. It brought across exactly the message the developers were likely aiming for, all while securing the integrity of the game itself. Certainly, one could say that Demon’s Souls didn’t end on a satisfying note…but one could just as easily argue that it wasn’t supposed to.

Let’s look at another example. For all that Mass Effect 3’s ending was bemoaned, I’d argue the fact that it didn’t have a final boss honestly didn’t play into it all that much. Harbinger was not something Shepard could feasibly defeat in a straight-up fight, and as for the Illusive Man, well…that simply wouldn’t have worked. There were certainly problems with what players got, but they were independent of the fact that it wasn’t a ‘traditional’ fight.

The confrontation was unsatisfying because it didn’t truly feel like a battle of wills. It didn’t feel as though you were trying to outwit him, or talk him down, or even overcome his control. It simply felt like a cut-scene; unsatisfying and incomplete. Curiously, that’s what the rest of the ending felt like before the Extended Cut, as well.

But that’s neither here nor there. Where does that leave us? We’ve a whole host of games with real conflict, satisfying endings, and a decent story to boot. What does that say about the question we originally set out to answer?

What’s become clear here is that a well-written narrative doesn’t actually need a final boss in order to feel satisfying or complete. So long as there’s some sort of climax – some sort of gratifying ending to a title – the boss fight is just secondary. That’s what we should be taking away from all this: final boss or no, there’s really no substitute for good writing. If the story you’ve dreamed up fits with the concept of a boss fight, then by all means, incorporate that. If, however, you’d be better served taking a different approach, don’t try to force in arcade-era sensibility (a-la Human Revolution). You’ll just end up cheapening what could have otherwise been a superb experience.