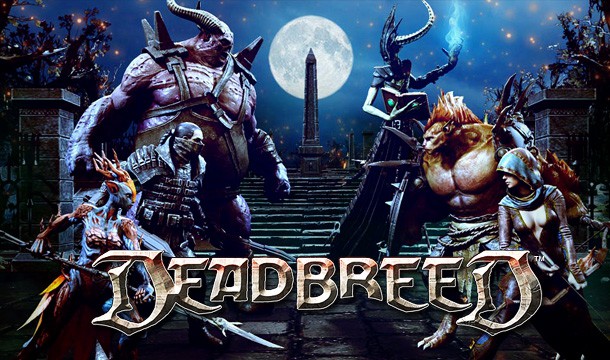 As seen on Todays Daily XP Video!
A group of Swedish game developers have taken it upon themselves to ‘expand’ the MOBA genre once more with the announcement of their new game, Deadbreed.  Deadbreed is a darker take on the MOBA genre, and hopes to add unprecedented hero customizeability and additional RPG gameplay features that are not seen in today’s Dota clones.

Deadbreed will be the first release from the Swedish start-up which has yet to choose a name for their company.  “I wanted to play a MOBA where I could totally customize how my hero looked, and more importantly played, but I couldn’t find one,” explains Stefan Ljungqvist, developer at the Stockholm based studio.  And so his journey to create a new game began.

A Steam Greenlight Campaign for Deadbreed started about a week ago, and they’ve found that there is an interest in the community for a game that will enable players to completely customize their heroes (or champions or avatars or whatever they end up calling them) as well as add traditional RPG gameplay features like crafting weapons and gear.

Deadbreed is currently accepting signups for the upcoming closed Beta via their website.  In the mean time, check out their reveal video below.

Find out about a full list of the Deadbreed Heroes, or Breeds, on our Deadbreed Breeds Guide.