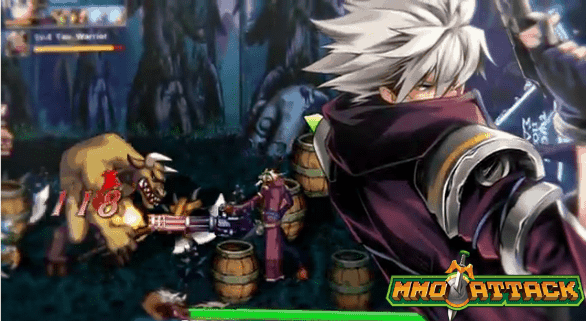 Publishers of Combat Arms and Dragon Nest, Nexon, have just announced the upcoming closure of one of its most unique games, Dungeon Fighter Online. The game was launched in 2009 and advertised as the most innovative title in the Nexon arsenal. They even launched an Xbox 360 version but this also failed to make the impact they were hoping for.

Dungeon Fighter did manage to gather quite a loyal following but as is common nowadays, it wasn’t quite big enough to sustain the game. The developers battled endless problems with hackers and farmers, and for the most part lost the fight. Today it appears the issues have become too severe as the game will close in June. Nexon even attempted to spread the word with appearances at E3 and PAX, but to no avail.

“We sincerely regret to inform you that we will be bringing Nexon America?s service of DFO to an end.

We understand that many of you will be disappointed by this news. We hope that the game represents some of your great gaming memories. You have made new friends, created awesome characters, picked up some epic loot, and recorded some unforgettable victories. We, too, have loved working on this game, and learned a lot through our relationship with DFO.”

The game will cease operating the cash shop on April 11th before the official closing of the game on June 13th. It’s never good news to hear about the closing of an MMO game but when you can’t sort out massive issues like hacking and farming, it’s unavoidable.