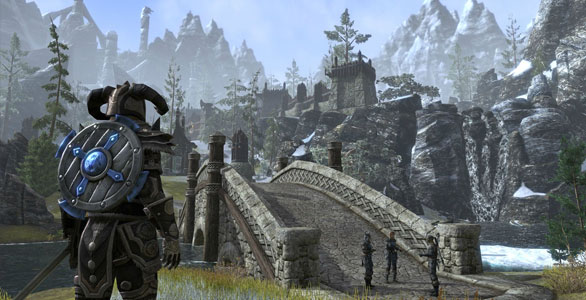 Just before the weekend a leaked article on IGN provided information on the next potential beta weekend for The Elder Scrolls Online and today the information has been confirmed as true. This Friday, March 14th, will mark the next opportunity for eager adventurers to explore the online world of Tamriel, and it could just well be their final chance on the PC & Mac platforms.

According to a couple of Twitter messages the upcoming beta event is the last large-scale event planned before the Early Access launch at the start of next month, so if you’ve yet to give it a try now’s your chance.

@JunkyMagi Yes! Beta players will not have to re-install the client on launch, and will instead be able to update their #ESO beta client.
— Elder Scrolls Online (@TESOnline) March 11, 2014

@Rebakachan This will be the last large-scale beta event for PC/Mac. We hope to see you at Early Access/launch!
— Elder Scrolls Online (@TESOnline) March 11, 2014

We’re still waiting on confirmation for the build available during the final beta event, as previous events left many concerned that NPC collision and other important elements may not be making an appearance until launch. We’ll be sure to let you know once any build related information is announced.