We recently had the opportunity to interview Brian Wheeler, Head of PvP at Zenimax Online Game Studios to talk about The Elder Scrolls Online. Here we have the video and transcripted below. 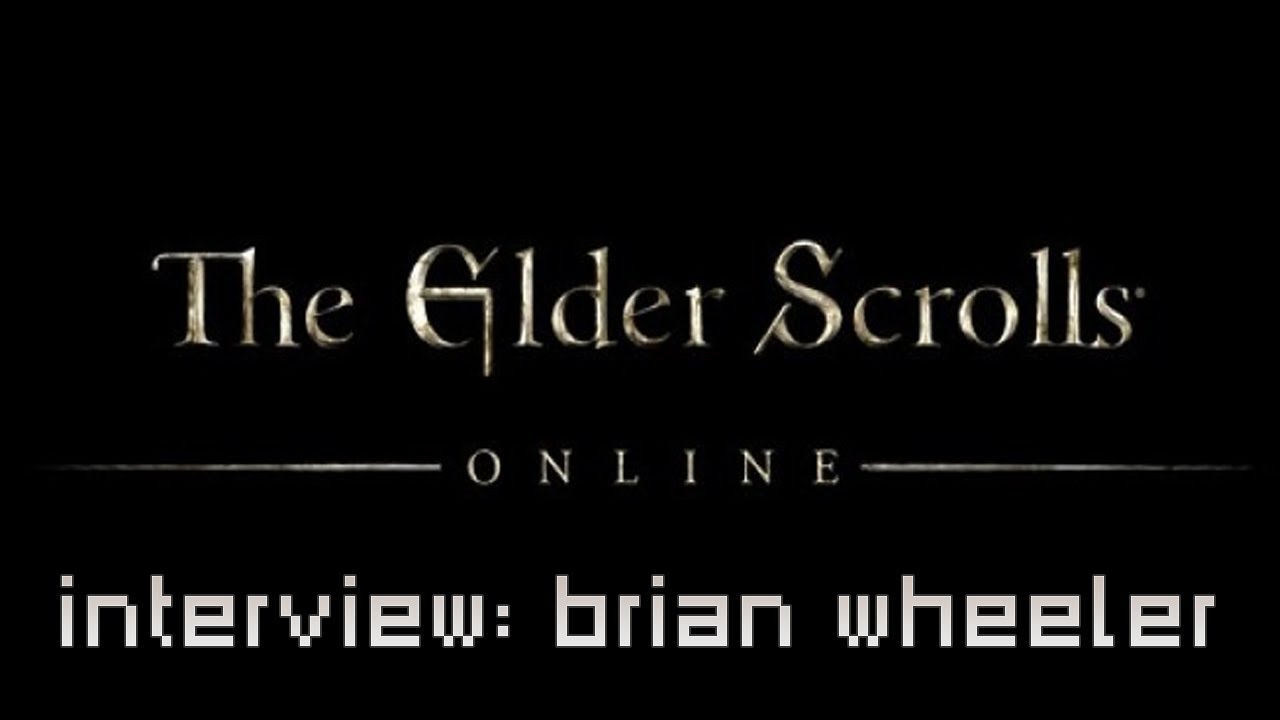 Kirk: Hello everyone, I?m here with Brian Wheeler, head of PvP design, and we?re going to talk about The Elder Scrolls Online a little bit.

Brian: The main story is that Molag Bal was a big bad demon that basically ripped your soul out. He killed you and now he has your soul and you want to get it back. But, because we have three alliances, the journey of going through to get your soul back has a different story per alliance. So Aldmeri Dominion, there?s one story you?re going through, and Ebonheart Pact and Daggerfall Covenant, there?s different stories that you?re going to go through. All of this is in recovery of getting your soul back but each of them has a different flavor, so its great to get that feel of in an MMO space with different alliances. You?re still trying to be the hero, but being the hero is different for each different alliance

Kirk: Since you are head of PvP, let?s start with some PvP questions. Right off the bat, how does PvP work with the game?

Brian: Wow, that’s a broad one. Basically there?s Cyrodiil, which is in our time line. It?s a huge area that is basically wrought in civil war. So, there are three alliances that fight each other in that space. The Imperial City is up for grabs, there?s no emperor during this time frame. There are also these structures that you played through in Oblivion that are keeps and farms and local areas that we wanted to give you the opportunity to capture. So we went ahead in our timeline, that?s obviously way earlier than Oblivion, and made those structures that you can actually fight over, take and hold. You can use siege weaponry to take these keeps and the more you hold, the more alliance bonuses you get for your team.

Kirk: So there are three factions that are competing for this one area, and you mentioned earlier, its not called the king, it?s called the emperor?

Kirk: So then you?re the emperor of the whole game. Everyone?s going to know who you are?

Brian: There?s a potential emperor per side; I guess the best way to say it is. There are three different alliances that are all trying to become THE emperor. Its not like there can be five emperors at once.

Kirk: So when there is an emperor, everyone is trying to battle to help defend that person, and then everyone that?s battling them is trying to become the next emperor.

Brian: Yes, so the other two alliances are there to wrestle that away from the other alliance, which does have an emperor.

Kirk: And how many people are going to be in a PvP match?

Kirk: Go big or go home! Now, if the MMO aspect was taken away from The Elder Scrolls Online, would it still be an enjoyable first person experience, or does it need the whole massive world?

Brian: Well for the PvP, obviously, we need player vs. player. But for the story itself, what we want to do is make a good RPG first. We have to make sure the combat is great, the story is good, the interaction with the NPCs in the world is great. So if you take away the MMO aspect, you do loose the PvP portion of it, but we definitely set out to make a very strong RPG game

Kirk: So a single player, someone who doesn?t necessarily like to group up with people, they?ll still be able to enjoy their time all the way through?

Brian: They can have a good time and they can do it three times: once for each alliance.

Kirk: This is an interesting question: can you slaughter an entire village?

Brian: There are places where you can run around and take out a village if it?s full of enemies. But in your own alliance, you?re not going to be able to take them out? like, if there was someone who was giving you a quest, you can?t kill that person. There?s a little bit more of a team-based type of feeling in our game, so you cant necessarily take out a village that has people giving you quests. But, they may send you to take out a whole village full of enemies. So in a sense, there are some villages you can wipe out and others you can?t.

Kirk: People are usually like, ?It?s not a true RPG.? The RPG is trying to simulate real life where you can just go kill anyone you want. But you wouldn?t want to if you were going to get a quest from them. What would be the point of killing the whole town?

Brian: It does help with the reinforcement that you are fighting with an alliance in this game. In ESO you have one of three alliances that you are associated with. So you don?t necessarily want to feel like, after you just got this quest from a sergeant who is asking you to burn down some enemy ballista, you?re like, ?No, I?m going to kill you instead.? We really want to give you the sense that you?re part of a team and a greater force than, ?Oh, I can just kill him.?

Kirk: This morning we had a quest where we had a choice between defending the fort and defending the docks. Now, if I were to defend the fort (I know there are probably other quests where you have 2-3 other choices), does that affect the whole game or is it just a little quest sequence?

Brian: It affects how the game reacts to you whenever you go back to that location. So there may be a situation where you?re supposed to choose to kill somebody or not kill somebody. If you choose to kill them, whenever you go back to that area, they?re going to be dead and all the NPCs are going to remember that. Now, I may choose not to kill that person. For me [the NPCs] might not appear that way. So it?s definitely tailored to your experience when you?re playing the game, where the choices you make are going to stay with you no matter what you do the whole game.

Kirk: We have a couple of questions off our forums from our audience. So when you kill someone, are you able to loot his or her stuff?

Brian: As much as I would love for that to happen, no, you cant take their stuff from them. We feel that it?s important that the stuff you earn is yours and can?t be taken away from you. You do get something from killing players though: you get alliance points, experience, and you?ll be able to use those alliance points to buy things and obviously if you earn enough experience, you?ll level up by PvP. So you can?t necessarily take their stuff, but you do get to progress your character by fighting other players.

Kirk: You mentioned earlier that lower level players are able to enter PvP. Lets say there?s a level 50 character there. How do you balance that out?

Brian: The level 10 guy can take on a 50 or you know, a 15, 20, or 30. They get their hit points bumped up and the damage that they do gets increased, but they?re not going to have the abilities that a level 50 has, the armor that a level 50 has, or any of the perks. So the balance there is that we can make the level 10 kind of be able to fight a level 50. He/she may get lucky and take one out by catching them in a bad swing of things, but there?s also siege weaponry they can use. So that is also a way that they can still get into the PvP and still be effective. They may not be able to kill somebody straight up one-on-one, but they can use the siege weaponry or maybe call up some of their other level 10 buddies to take them down. So its not necessarily going to negate the fact that you?re a level 50. You have all these abilities, you have all this armor; we don’t want to take that achievement away from you. So as a level 10, you can get out there and if its like four or five level 10s, you may be able to take out a 50.

Kirk: So at least the level 10 can go in there and at least compete. Get a little PvP action, even if they have to find someone the same level as them.

Brian: Yeah, its like even if they cant wipe the floor with a level 50, they’ll at least be able to fight them. You know, and maybe they?ll have some of their buddies go out there and take them out. I think the siege weaponry really comes into play there. So you can set up a [trebuchet], take down a keep, and you don’t even need to worry about being a high level person to do that. So that’s really cool.

Kirk: Well thank you so much, Brian. We look forward to playing the Elder Scrolls Online.