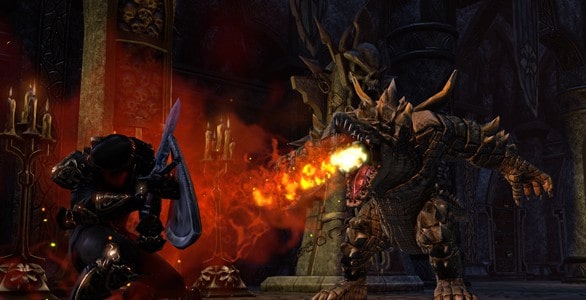 Zenimax Online Studios today announced an exciting new incentive for players of The Elder Scrolls Online with the revealing of the upcoming Subscriber Loyalty Program. Similar to the feature seen in other popular MMO titles, such as Final Fantasy XI and Final Fantasy XIV, subscribers will be treated to a variety of in-game rewards over specific periods of subscription time – as special recognition for their support and service to The Elder Scrolls Online community.

The new Loyalty Program will launch sometime in September, beginning with an email to all current paid subscribers with the first loyalty reward. Every paid account that has been subscribed for 3 months or more, not including the free month given with the original purchase, will receive a new vanity pet in the form of the High Hrothgar Wraith – giving players the opportunity to showcase their dedication to saving the people of Tamriel.

The Loyalty Program will continue to expand over time, offering increasingly rare and valuable rewards for those with long-term active accounts. The next reward to be released will be for those that have subscribed for 6 months or more.