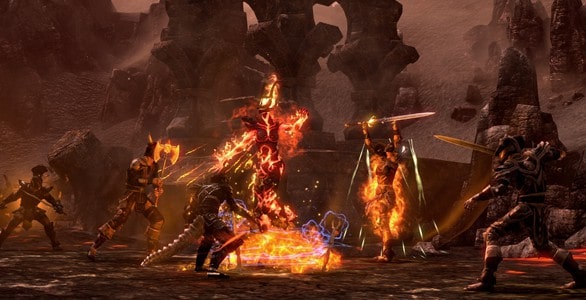 The Elder Scrolls Online has yet to complete its first week of official
release and the developers are already pushing out details for the first
post-launch content update with the upcoming debut of the first Adventure Zone,
Craglorn.

Zenimax Online Studios today released a brand new video highlighting the impressive array of Veteran based content within the first Adventure Zone. The content has been specifically designed for groups of 4 players with many instanced dungeons and boss battles lying in wait. The release of Craglorn will also see the first of many Trials introduced to the online world of Tamriel, difficult PvE content aimed at groups of 12 players of Veteran Rank 10.

To increase the difficulty of the Trials feature the developers will include various time limits and a limited number of resurrections. Successful completion of the Craglorn Trials will also see group times posted to a server-wide leaderboard, with exciting rewards promised to those skilled enough to take the top spot.