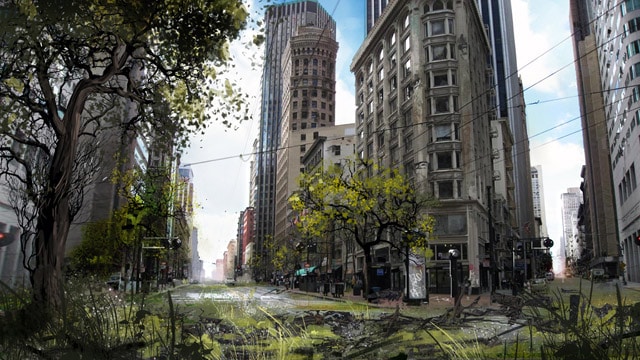 When I think back to the MMO games I’ve enjoyed over the years very few ever seem to focus on any form of realistic foundations. The traditional approach to the MMORPG genre involves either a fantasy or science fiction approach, with both recipes proving to be successful. However, outside of sports and certain FPS games, there are very few
MMO titles that offer players the opportunity to sample something more realistic.

There are plenty of exciting roles in real life and there have been plenty of traditional games that have attempted to capture this essence of realism. However, there’s also quite an abundance of realistic games that focus on less exciting aspects reality, such as Farm Simulator or Ant Farm Simulator. Two activities I’d consider to be rather boring in reality so I question how many people would be entertained by those kind of products, but to each their own.

If we think about some of the more exciting aspects of reality, the potential for MMO games is almost limitless. There appears to be a craze happening at the moment which is forcing developers to create games based around competitive play and PvP, rather than focusing on an enjoyable experience. I’d be quite happy to invest the time into a game that gives me the opportunity to sample the life of someone else. The easy choices that come to mind are the likes of Police Officers, Medics, Firefighters and other members of the emergency services.

Cop games are a dime a dozen but none of them focus on cooperative play. Investigating crime scenes with friends after your guild leader has assigned you a case from dynamically generated content. Locate clues, investigate items in a forensic lab, search records for suspects; all of these activities have been made popular in previous games but none have yet to penetrate the MMO space.

The same can be said for the other professions I mentioned. Surgeon Simulator was a massive success but at the very core, it’s a shallow game with minimal features.
Could you imagine playing the role of a single employee inside a living, thriving medical hospital? The game would send in patients suffering from a variety of ailments
and certain players would have to diagnose the problem while others operate in theater.

Obviously the work load involved would be quite extensive and despite a realistic foundation, certain sacrifices would have to be made in order to make the game fun and exciting, and not feel like a typical 9-5 job.

What do you think? Am I clutching at straws or can you see the potential of MMO games based on more realistic settings?