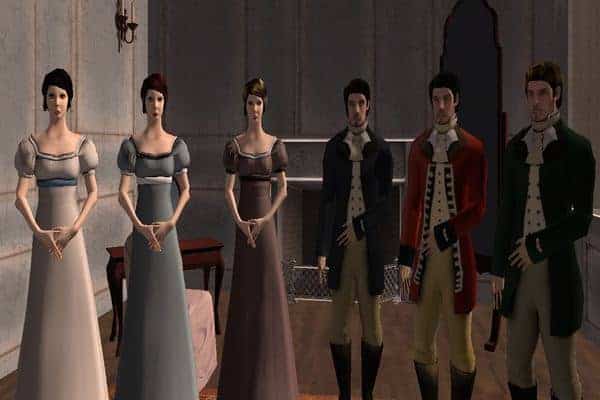 As seen on Todays Daily XP Video!
3 Turn Productions recently launched a brand new Kickstarter campaign aimed at bringing the world of Jane Austen to the MMO scene. Lay down your arms, toss aside your treasures and prepare for a Regency Period Social Etiquette MMO that hopes to combine the works of one of the worlds greatest ever authors with one of the fastest growing aspects of the gaming community.

The project has been brought about by Judy L. Tyler who oversaw 650K simulations on 10K hardware servers across 3 geographic locations for the hugely popular social gaming MMO, Second Life.

Ever, Jane will give players the opportunity to sample the works of Jane Austen in a 3D MMO format with an emphasis on community controlled gaming. It’s going to be interesting to see the medias response to the difference in legal distinctions between the male and female genders of that time period.

Gamers aren’t usually associated with reading periodic novels but nobody can argue the dedication and numbers of the Jane Austen community and fan-base. Whether or not that will be enough to raise the $100,000 Kickstarter goal has yet to be seen, but it’s unique nonetheless.

For more information check out the official Kickstarter page.