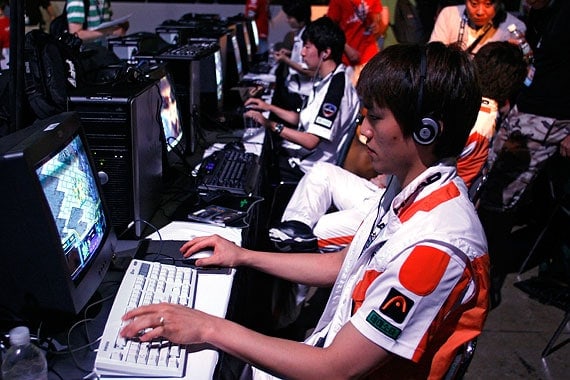 Korean StarCraft tournaments are like Football in America.  It’s a big deal, televised and honored.  Things have changed, however, with League of Legends becoming their new game of choice.

Korean cable company, Ongamenet, became an official sponsor at the Yongsan e-sports stadium.  Starting March 21, Ongamenet will show live broadcasts of League of Legends tournaments with 16 participating teams from Korea, US, and Europe. The winning prize money of these tournaments will be 2 billion Won (about US $1.8 million).

E-Sports aren’t huge here in America, but we do have a large presence of competitions, mainly through MLG (Major League Gaming).  I’ve always thought game competitions were cool, like QuakeCon.