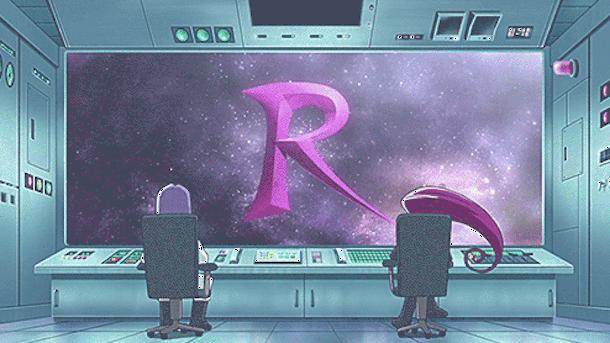 It?s that time of the week again, when we delve into the many reasons supporting Making a Pokemon MMORPG. Last week brought up the topic of building a profession in the Pokemon universe. Players want to build toward an identity when creating a character. This week we will elaborate on that idea by including one of the most popular character traits you?ll find in modern RPGs. That trait is morality. With it becoming a trend in RPGs to let players choose their moral paths, it should be clear where this discussion is headed.

Prepare for trouble! There is a mix of organized crime throughout the Pokemon series, and most of them aren?t even the main antagonists you fight at the end of a game. The RPG baddies you find in Pokemon have always been lacking in intelligence, which makes them unbelievable to a point. Nintendo can?t keep showing fans such successful thug organizations, but present every member as an incompetent dolt. How have Jesse and James not been fired yet? Even if they didn?t feel the desire, players already thought they could whip Team Rocket into shape; so why not let them?

Pokemon has always had a child-like ambiance to it, and many long time fans are starting to clamor for a more adult twist. A Pokemon MMORPG would present the perfect opportunity to see how immorality and justice work in a massive gaming community, while also pushing age boundries without much risk to Nintendo. If Nintendo is going to present a morally conflicting world, they should let their fans partake in that aspect if placed in a massive setting with in depth story arcs.

Playing an evil character doesn?t make someone a bad person, unless they emulate that aggression in real life of course. Gamers seem fine handling path choices in games like Star Wars: The Old Republic. There are even new path systems being introduced in upcoming MMO releases like Wildstar. Nintendo will just need to find a balance between the benefits and restrictions of each path.

Not everything in an MMORPG is player verse player. There are plenty of triggered events and cut scene related battles that don?t involve other human beings. There are also plenty of crime related events that aren?t as physically abusive as taking another person?s pokemon by force. Not everyone wants to steal your Pikachu, after all. Still, letting gamers play as a sneaky character who can find alternative compensation methods in their profession wouldn?t hurt. Plus let?s be honest. Is that random NPC really going to miss his Charmander?

It may be impossible and undesirable to ever let players steal each others pokemon, but they should still be able to partake in entertaining underground missions with one of their favorite crime organizations. There may not be anyone out there rushing to sign up to Team Aqua or Team Magma, but the two fought against each other. If a player is pitted against another bad guy, does it really make that player bad? Nintendo can keep their paradigm of good fighting evil. They just need to start letting evil fight evil.

Imagine the type of game Nintendo can create if a player were forced into some of the conflicting path decisions seen throughout other MMORPGs. Gamers are often willing to take whatever path benefits their character?s progression the most. What if you had to choose between your favorite pokemon and the chance to improve your entire team in the future?

?Here at Team Galactic, we have the most intense training facilities led by our Martial Arts Pokemon Master. Completion of the training will not only admit you to our organization, it will also give your pokemon team augmented attack and defense in all active battles going forward. In order to prove your devotion to this cause, you must relinquish you your most loved and utilized pokemon to the wild. Do you accept these terms??

What would you do?! Would you part with a team member you invested in for the sake of accomplishing further goals? Would you do it just to lay the smack down on other players in future PvP matchups? The thought of having to give up my favorite pokemon would be enough for me to take the basic storyline the whole way to end game. Maybe you feel differently though.

Let us know your thoughts about morality and path choices in the Pokemon Universe. What could work and what would be crossing the line? Make sure to check back with MMO ATK in future weeks for more on Making a Pokemon MMORPG.