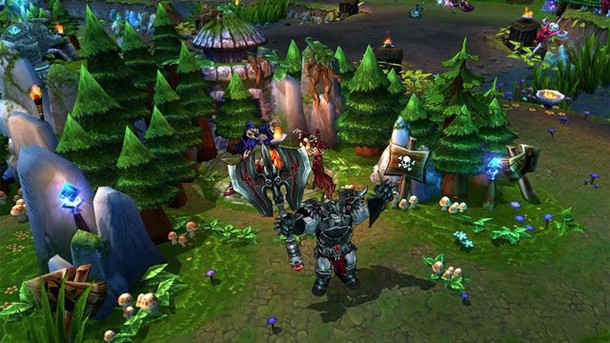 Having experienced a variety of MOBA communities firsthand over the last few years I’ve come to a conclusion, the communities suck. When you mention MOBA games to MMO fans it’s not uncommon for the likes of League of Legends, SMITE and DotA 2 to enter the conversation; but they are not the only MOBA games around.

Despite the fact the genre is growing at a massive rate, there’s a common similarity between all of the titles I’ve played; the community. League of Legends is widely considered to be the most popular MOBA game on the planet and until recently, it had serious problems with its community. Prior to the honor initiative update I was reporting players practically every match. Whether it was because they spent the entire game AFK, or went a little too far when “discussing” the potential failures of their team mates, every game was plagued with some kind of idiotic behavior. Riot Games were well aware of the issues and the honor initiative has gone a long way to improving the community, but many other MOBA’s have yet to implement a similar feature.

SMITE has many similarities with the early days of League. Although the game doesn’t boast the following or content that other MOBA games provide, it has a very dedicated community. There are feedback threads with dozens of pages discussing God balance, tons of ideas for new God’s and constantly reoccurring threads discussing the potential of Jesus in a MOBA game…Only on the internet.

However, like many of the other less popular MOBA titles SMITE is riddled with bad apples. Having played a variety of MMO games over the years I can honestly say that the incidents I witness in SMITE still manage to surprise me. It was only last week that a team mate threatened to cut himself if he wasn’t allowed to play in a specific lane. I didn’t actually believe it was a literal threat but it’s quite disturbing to see someone using that kind of content to get their way.

Another player threatened to stream the game on his Twitch.TV channel, that he claimed had over 300,000 followers, and bad mouth the players on his team unless they let him have the blue buff. I’ve seen other players instantly quit a game because they didn’t get a certain jungle buff, or an ally had the auto-purchase and level features turned on.

The same kind of situations, albeit not quite as ridiculous, are prominent in many other MOBA games. In many ways its similar to the FPS community. There’s just something about competitive gaming that brings out the very lowest in internet behavior.

What do you guys think? Do you have any fun MOBA community stories?