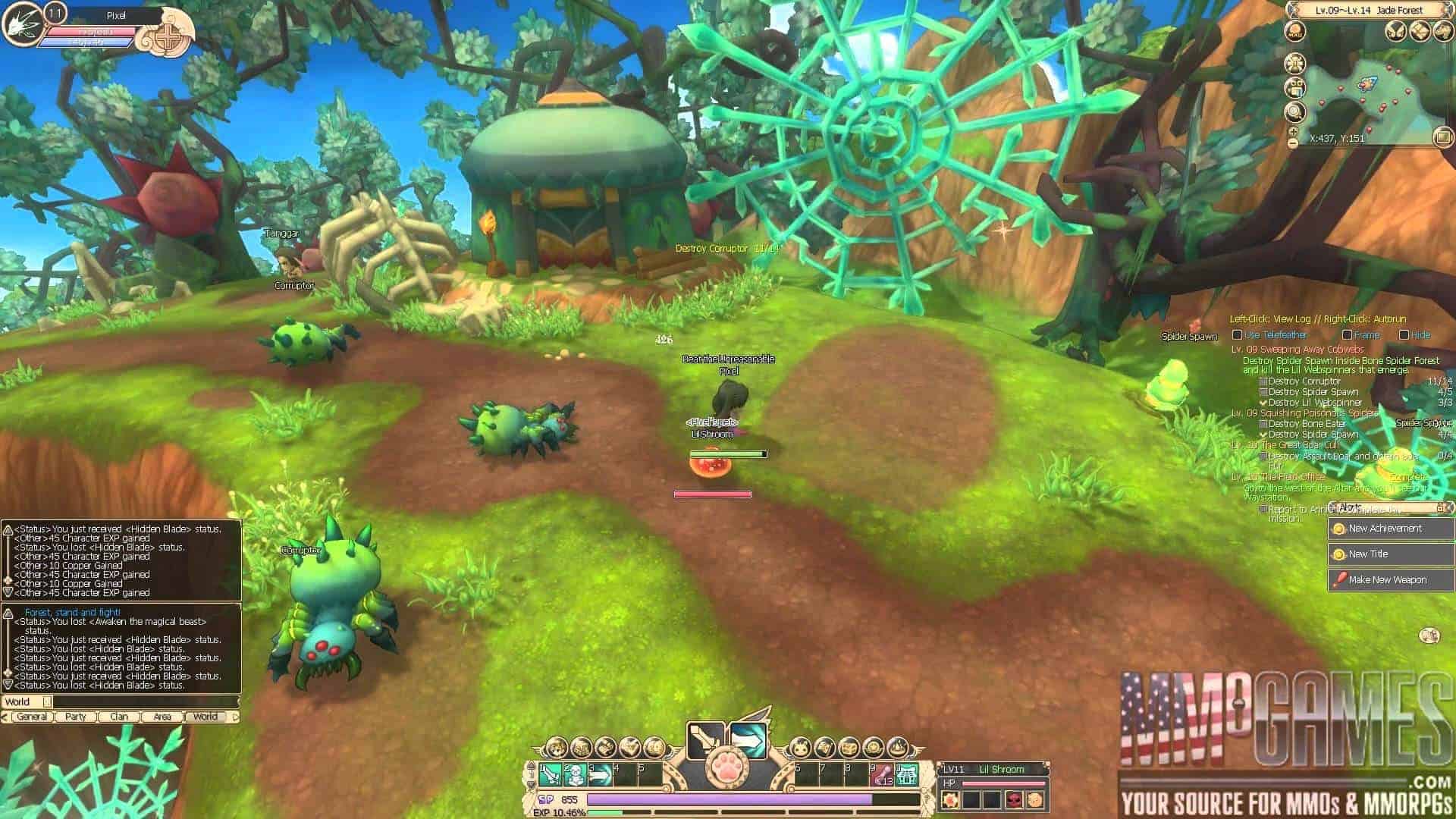 Spirit Tales, a free-to-play anime-style MMORPG published by KoramGame, will be introducing a closed beta next month.  Spirit Tales takes place in an earth-like fantasy world and is divided into two hemispheres, the dark and the light. Players will embark upon a journey into a magical realm mixed with light-hearted animation, alluring characters, and unique experiential blends of action, adventure, and RPG gameplay. With six unique classes and a fully customizable creation system, players can expect a high-degree of in-game freedom. With gamers in mind, Spirit Tales is designed to offer players a unique and extensive pet-capture system, over 40 million customization combinations, PvP (Player vs Player) battles, and in-depth character progression.

According to the background story, each tribe is the descendant of the ancient Spirits (Elves, Beasts or Animals), and each player possesses the their blood. During the battle, players are able to accumulate the special energy so as to awaken their origin spirit and give the enemy a fatal blow.

Even at a higher level, the spirit can be evolved into a more prominent super animal depending on the class attributes and abilities.

With its lavishly charming visuals and cheerful sound design,  Spirit Tales hews faithfully to a standard MMORPG, strongly focusing on PVE and PVP.

The closed beta starts in early 2012, if you are interested in anime style MMO, you can go to the official website for signup. http://st.koramgame.com/