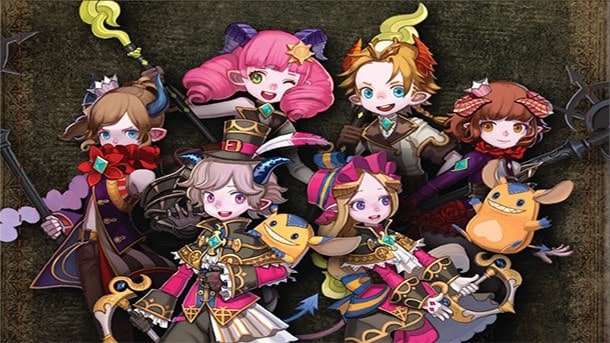 As seen on Todays Daily XP Video!
Asiasoft has announced the arrival of the new NOEL race to the first English service of the MMORPG, Ragnarok Online 2: Legend of the Second. The update has also added a new location to the game map ? a treetop garden dwelling that holds the history from which the race of Elf-demons originated.

Taking on the life of a NOEL will be an adventurous experience. As a player progresses they will be able to choose from several paths that each have a unique combination of support and attack skills. The NOEL start their job as Alters. Alters are able to decrease the power of enemies, while amplifying their own. The Elvish hybrids also utilize a range of curse skills from a number of distances. Mostly though, this is a race of ranged fighters. Support based characters will a great amount of freedom in their role too, as they can choose between buffing their teammates and debuffing their foes.

The first 5000 players who created a NOEL character last night night were lucky enough to be entered into a raffle. Each person now stands a chance to win 100,000 units of in-game currency. That?s a great prize but a tough entry window. Luckily there will be one more chance at the awesome giveaway. The same rules apply the moment August arrives. The first 5000 players who created a NOEL in August stand a chance to win that sweet virtual lottery.