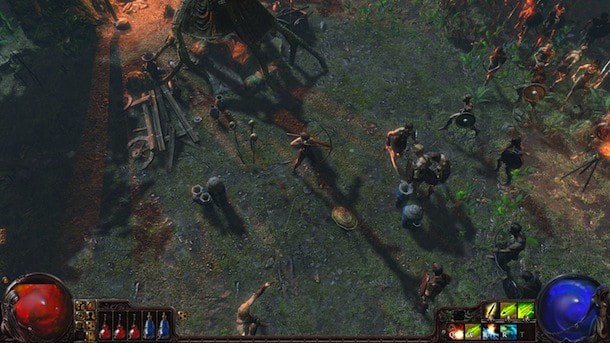 Grinding Gear Games and Path of Exile are busy celebrating a massively successful 2013 following the release of a new developer blog highlighting the games achievements throughout the year.

Beginning the year as a closed beta title, Path of Exile progressed through to open beta in January and finally the official release in October. During that time over 3.7 million players registered for Path of Exile and a staggering 70,000 concurrent players record was recorded. Almost 100 patches kept players returning for more exciting content and over 1000 race events kept them glued to the world of Wraeclast. Another interesting figure; 1 in every 500 people alive visited the official website.

Launching at a time where fans were still distraught with the poor launch of Diablo III, coupled with a very high-quality approach to the free-to-play genre, has ensured the success of Path of Exile to many years to come. For more interesting stats and figures, check out the link below.