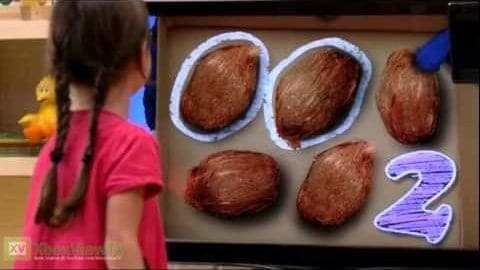 One of the most well-known tropes of children?s educational television is simulated user input, i.e. The Count asks the viewer how many apples are on screen, waits 5 seconds and then says, ?Right five apples, ah ah ah ah!? This simulation of actual user feedback seems to have met its end with Kinect.

Better known for making gamers look like idiots waving their hands around with no controller feedback at all, Kinect may have found the perfect implementation for its wacky nonsensical ways. Sesame Street is developing future episodes to coordinate directly with the Xbox and Kinect. These new shows will be just like old episodes of the show with the only difference being user input being a very real and working element to the episode?s progression. Now when the count asks how many apples there are, the viewer will have to say, ?Five!? and provided that is the correct response The Count will then go on to praise the viewer and move on to new activities.

Nat Geo will also be developing Kinect enabled shows. It seems like the episode will break away into mini-games, for example, make the viewer find a particular item on the screen by pointing to it.

It is encouraging to see Kinect implemented in way that fixes an old problem instead of creating a new one, helping viewers connect with their shows instead of hindering game players.