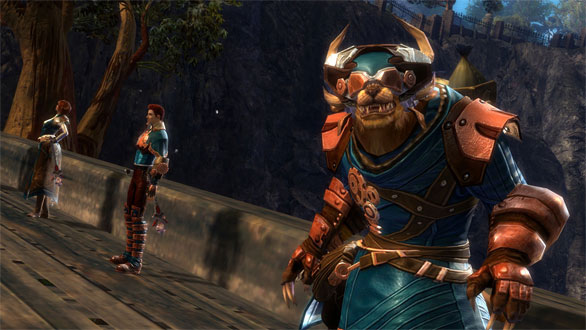 As seen on Todays Daily XP Video!
The Sky
Pirates of Tyria update arrives today in Guild Wars 2.  This new update will further develop the
living world saga with a new dungeon to explore, new events, rewards and
features as well as custom arenas and spectator mode coming out of beta.

Some of the major details include the new
story dungeon: Aetherblade retreat, where you will take on pirates like the Aetherblade captain and his first mate, a sea of sorrows scavengers hunt, skill and
trait balance updates, custom arenas and more.
Exact details of what’s to come in the update are available at
guildwars2.com.