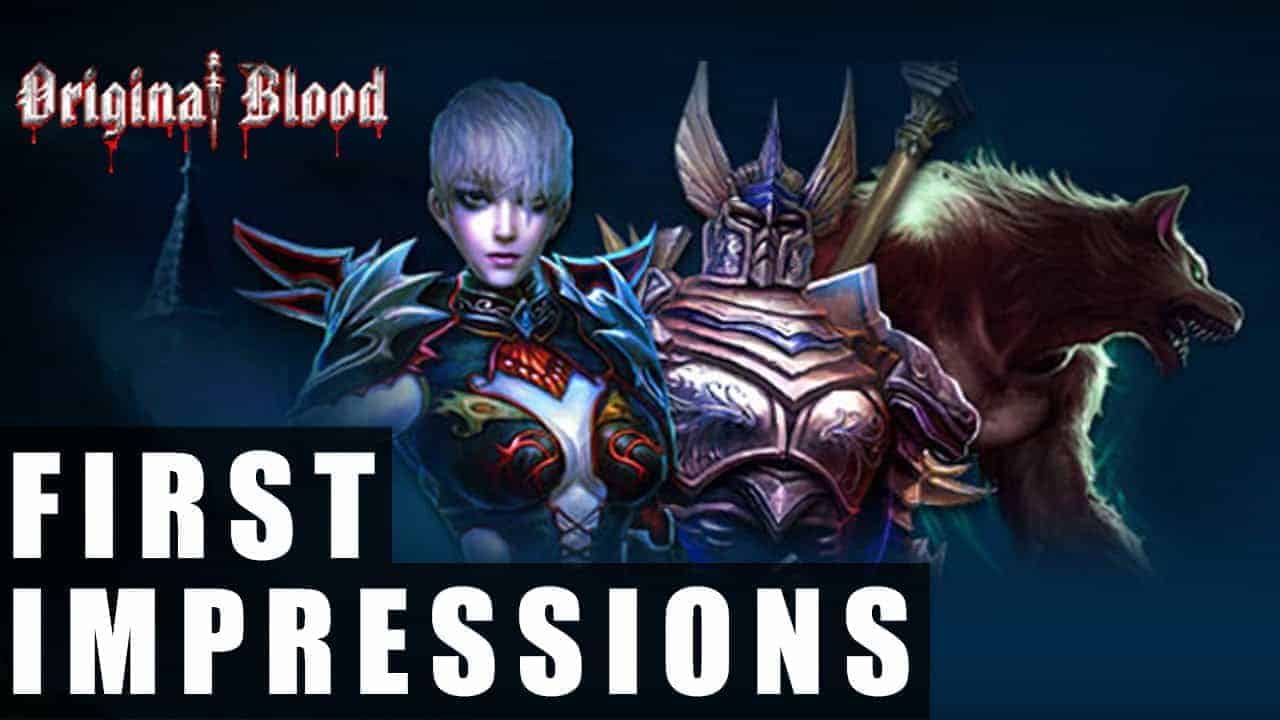 Original Blood is a 3D Browser MMORPG from GameSpace Entertainment.

Original Blood is a 3D Browser MMORPG from GameSpace Entertainment. The game takes place after a great war which waged between the allied forces of the Humans, the Vampires and the Werewolves against the evil demons who sought destruction. Original Blood features many of the staples of the genre, including dungeons, raids, events, mounts, pets, PvP, guilds and more.

Starting out, you choose between three different races (Humans, Vampires, or Werewolves) and four classes (Knight, Mage, Rogue, Sage). Your selection of race will determine which classes you have access to and storyline you follow. Beyond that, differences in races are fairly superficial and won’t really alter gameplay mechanics to any large extent. Each class has unique attributes and stats that will influence the way that you approach battle — the Mage being ranged, while the Knight is close combat, for example. Your avatar can be further personalized via many of your typical MMO customizations such as hair style, hair color, face shape, etc., though these features have no effect on character stats.

Original Blood is very much an MMO like World of Warcraft. Everything from the cartoony art style, to its passive combat system seems to take a page out of the MMORPG juggernaut’s playbook. This isn’t necessarily a bad thing as it manages to take a WoW-like experience and cram it into your browser window — and it does it totally F2P. Separate in-game shops are in place, one where you can spend coins earned from quests and an optional cash shop where you can purchase helpful items for real-world currency.

Admittedly, Original Blood does inhibit exploration through the inclusion of auto-pathing. The feature is completely optional, but the mapping system is clunky and doesn’t allow you to place navigation markers, meaning auto-pathing is the only reliable means of knowing where to go. It’s the reality of the limitations of a browser MMO, but it makes the best

Despite its technical limitations, Original Blood is a fun and surprisingly robust browser MMORPG experience. It’s certainly not a game-changer, but when compared to other browser experiences like Knight’s Fable or League of Angels, it’s a valiant effort worth checking out.