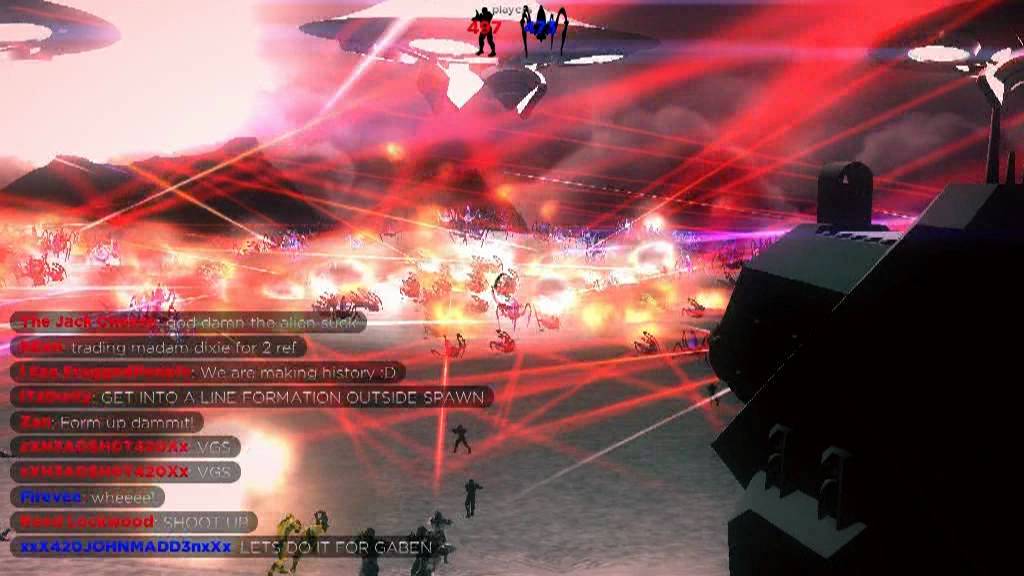 Back in early 2011, developers Pikkotekk wanted to set the world record for the most players on a single map, 1000 concurrent players, in an MMOFPS, all at the same time.  Fast forward to now, January 2012, where they have done that, just shy of one.  Man vs Machine was the game used, designed specifically for the record attempt.  It’s a rather simple game, players on one side as Human soldiers armed with guns, and the other side has machine walkers that look like Terminator spiders with laser beams.  The madness of the game can be seen in the video below, though the video says it was off by 7 players, the official count said that there were indeed 999 players playing at one time, beating the previous record “nearly doubling” the previous record.  I’ll say, though, this game looks incredibly fun to play.