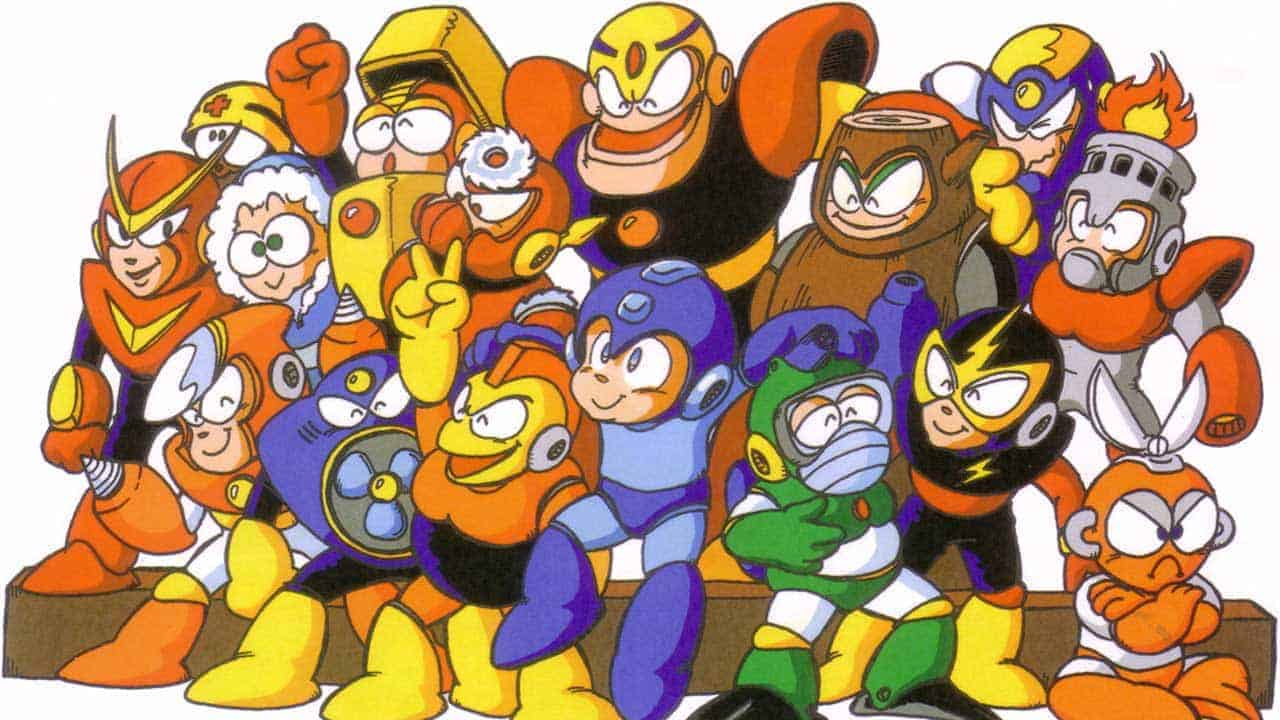 Although Doctor Wily has created some downright awful machines in his time, he’s also responsible for some downright devastating droids. He’s created robots that tested the very limits of the player’s skill; dread machines that had us sweating on the edge of our seats, pulling out our hair, and sometimes even hurling controllers across the room. Today, we’re going to pay tribute to just a few of them – the most brutal Megaman bosses ever made.

Although he was technically designed by Doctor Cossack to explore pyramids and ancient ruins(apparently Russian scientists are kind of crazy), Pharaoh Man is no less devastating than one of the Wily Numbers. The only reason he’s not higher on this list is that the fight against him is a complete and utter cakewalk with Bright Man’s weapon, which freezes him in place and makes him easy pickings for the Blue Bomber. Should you try to fight him without his weakness on hand, though?

He’s probably one of the toughest bosses in the game. On top of that, his weapon is absolutely awesome, and one of the only weapons in the classic Mega Man series capable of being charged up (aside from the Mega Buster, of course).

Although Mega Man 9 was sort of known for its difficulty, I’d class Plug Man as one of the most troublesome robot masters in the game. He’s a complete and total spazz, and the room in which you fight him is designed in such a way to make dodging his (many) attacks incredibly difficult. On top of that, you need to keep track of not only Plug Man, but the electrical shots he fires, which travel slowly across the walls, floor, and ceiling of his stage. Fun, right? Who’d have thought such a goofy-looking bot could be so threatening?

The Mega Man 7 boss Slash Man makes this list simply by virtue of being hard as balls to predict. He may well be one of the only robot masters in the series who doesn’t have a set pattern. Instead, he leaps randomly around the battlefield, pausing only to lunge at Mega Man in an attempt to tear out his circuits. Possessing his weakness only makes this battle marginally easier, and Slash Man still stands out as one of the more brutal bosses of the seventh game.

In Mega Man 8, the rather bizarre Tengu Man is more frustrating than outright difficult. The Megaman & Bass variety was a whole different story. Although he wasn’t terribly difficult to fight as Bass (I don’t think there was a boss in the game that was, save perhaps for King himself), as Megaman the fight was an absolute nightmare. His pattern is horribly erratic, and getting through the fight without getting killed can be near impossible if you don’t know what you’re doing going in. It can be near impossible to react to him. Oh, and have I mentioned that he can knock you off the edge of his boss room?

To make matters worse, his stage is utterly awful to play through without Bass’s double jump ability.

If there’s any robot master in the first game who can be classed as the toughest, it’s definitely Elec Man. Due to his speed and power, he’s extremely difficult to defeat, even if you go in equipped with his weakness. Of course, if you use a certain exploit involving time and positioning, he’s a complete cakewalk. Try to fight him legitimately, though….

You’re gonna run into a bit of trouble.

Who doesn’t remember the iconic Yellow Devil? This boss has made more appearances in the series than any character save the main cast, and is pretty much awful to fight every time. His first appearance in the original Mega Man was particularly brutal due to his horrible complicated (and difficult to predict) attack pattern; he was nearly impossible for most players to defeat without abusing a glitch involving the pause menu.

The Doc Robots are all modeled against the bosses of the second Mega Man game, with one small mitigating factor – they’re bigger, stronger, and with enhanced AI. What this means is that, in many cases, they’re impossible to fight effectively (at least, not without using at least a few E-Tanks). The Wood Man robot, for example, requires pixel-perfect aim and timing in order to jump over his leaf shield, while the Quick Man robot is nearly impossible to dodge due both to his speed and his erratic behavior.  Oh, it gets worse, too. You fight two in each stage, and if you lose against the first one, you have to do the whole stage over again.

Exclusive to Mega Man V on the Game Boy, Uranus makes the list by virtue of the fact that he has an instant-kill attack…which he gleefully spams at pretty much every opportunity. He’s also another boss that it’s difficult to defeat even if you’re armed with his weakness, as he spends most of his time jumping around the stage and smashing down toe create earthquakes.

Ironically enough, in the second battle against him, his own weapon – deep digger – can be used to kill him instantly.

Without a doubt, the most frustrating boss in Mega Man & Bass is the King Plane. This giant…thing is fought on a series of small, floating, slow-moving platforms. Falling off any of these platforms spells death, and to make matters worse, this horrible robot is actually capable of destroying platforms, meaning you could very likely find yourself in a completely un-winnable situation if you’re particularly unlucky. Oh, it can also blind you for a few seconds if you make contact with one of its mines. Fighting King was honestly a relief after having to suffer through this abomination, and even Wily was easier to take down.

The final boss of Mega Man 7 is widely regarded as one of the most difficult in the series, and with good reason. His attacks are frightfully difficult to dodge, and his pattern is incredibly hard to predict. He teleports randomly around the stage, and can only be damaged when he reveals himself – while you’re dodging his attacks. to make matters worse, if you’re using the Mega Buster, only a fully-charged shot can damage him. Apparently, the main reason he’s so difficult is that, while Capcom was designing the game, Keiji Inafune said “let’s make the very last fight insanely hard.”