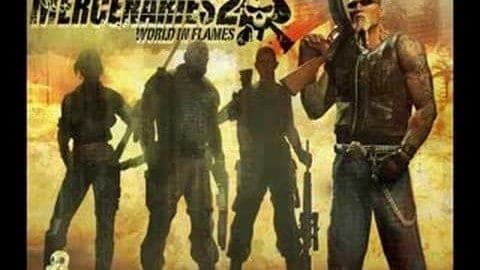 WARNING! This article contains spoilers. Read it at your own risk.

It?s a lesson most of us learn at one point in our lives ? you can?t trust every schmuck who wanders by, hand outstretched. Some of them might well be holding a blade behind their back, with plans to stick you like a pig at the first possible opportunity. As those of you who?ve been betrayed can attest, it hurts- after all, we?re at our most vulnerable when we?re around someone we believe has our back.

As a result, the ?traitor? has become a pretty common archetype in narrative literature, and consequently in video games. Particularly in RPGs, there?s almost always at least one rather shifty fellow who?d turn his own mother over to the devil if it?d further his goals- but it?s not always immediately apparent who that is. While the obvious one does occasionally surface (I don?t think anyone was particularly shocked by Ramon Salona?s backstab in Mercenaries 2, for example); in the hands of a skilled writer, the betrayal of a close confidante can be one of the most shocking twists.

The traitors on this list play everyone around them ? usually, that even includes the player ? like a fiddle, stringing them along until it?s time to pull the rug out from under them. Notice, as we go down the list; how many of these characters are mentors, or close friends: people we?re predisposed to trust.

How many suspected that Master Li, your beloved mentor, skilled teacher, and wise-old-monk-archetype character was, in actuality; a heartless sociopath? As it turns out, virtually everything that happened in the game up to the point that your character confronted Emperor Sun Hai was orchestrated by Sun Li. They called him The Glorious Strategist for a reason: his plan spanned decades, and involved raising a child from infancy, training them in a martial arts style with a flaw only he was capable of exploiting, allowing the slaughter of a village to set them on a path to revenge, and, finally, killing them during their finest hour to assume the throne.

The only thing that messed up his plan was the intervention of The Water Dragon. Had it not been for her, your character would have died, and he would have been a god.

Almalexia was one of the Tribunal; a trinity of godlike beings (all former Dunmer) who were responsible for watching over and protecting the people of Morrowind. As anyone who?s played the game will know, your character is the reincarnation of another such immortal, who just so happened to have once lead the group. Long story short, he was betrayed by his three closest confidantes ? one of whom was Almalexia ? who slew him to gain immortality. So she?s already got one back-stab on her plate. In the Tribunal expansion for Morrowind, she goes for broke ? not only does she murder one of the other immortals, Sotha Sil, she also tries to lure the player character to his death, and very near destroys the entire city she?s supposed to be protecting, all because she?s a little cross about losing her immortality.

The problem with Revolver Ocelot isn?t determining whether or not he?s a traitor ? it?s in figuring out exactly who it is that he?s betraying. Over the course of the series, he works for the CIA (who he betrays to join Big Boss), Liquid Snake (he betrays him), the President (he betrays him), some mysterious, secret organization (he betrays them) and himself?and somehow, he even manages to pull off a betrayal there, as well. He doesn?t ever really stab the player in the back, but we?ve yet to actually figure out exactly who he was supposed to be working for.

Wheatley was a loveable (albeit incompetent) robot who accompanied Chell through the first half of Portal 2, doing his best (which usually wasn?t a whole lot) to help her find her way out of the Aperture Science facility. Later, he helped her do battle against GLAD0S, who he accidentally reactivated. Even later in the game, Wheatley ends up stabbing Chell in the back through sheer stupidity and incompetence. As it turns out, he only did what he was designed for, so it?s pretty hard to fault him for how things turned out: he was a personality core created to make GLAD0S stupider, and pretty much existed to make poor decisions.

Yet again, we end up with a character we?re predisposed to trust as the big bad of the game. Throughout much of Bioshock, the player assumes that Andrew Ryan is the primary villain. It?s a pretty safe assumption, after all: he?s the guy who created Rapture, the man responsible for the creation of the Big Daddies and the civil war which basically tore Rapture apart. Not only that, he killed Atlas?s wife and child by detonating the only means of escape either man had from Rapture.

Yeah, that was all crap, by the way ? as it turns out, Atlas is actually Frank Fontaine, who?s been using a ?trigger phrase? implanted in the protagonist?s subconscious to control him so that he could take control of Rapture ? and probably the world, after that. Of course, no one would have guessed it at the time, since they were just acting to progress the game forward, which is what makes this one so brilliant.

Dimitri is one of the slimiest, sleaziest characters Nico Bellic will ever meet. Given some of the people Bellic associates (and has associated) with, that?s saying quite a bit. He starts off getting you to kill his best friend, then attempts to kill both Nico and Roman, destroying everything the two worked for. He sells Nico out on numerous occasions, and ends up being directly responsible for the death of either Nico?s cousin or one of his closest friends, depending on the choices the player makes.

Basically, he?s a criminal that even makes other criminals look bad.

Al Mualim is introduced as the leader of the Assassin order, and Altair?s mentor. He?s a pretty important fellow, and the player really has no reason to ever question, suspect, or mistrust him. Plus, there?s the fact that he?s ordering the player character to hunt down and kill members of the order which opposes the Assassins, The Templars. Why would he be doing that if he?s not on your side, right?

Unfortunately, it?s because, unlike the rest of the Templars, he wants the power of the ancient artifact they?re seeking all to himself. You find this out after he acquires the artifact, and basically uses it to take control of everything, claiming it?s the only thing that can stop the Crusades. Naturally, you kill him.

Shepherd started out as the commanding officer of two of the main characters in Modern Warfare 2. He?s a fairly unassuming, straight-laced military type; the sort of character to whom the vast majority of players wouldn?t give a second glance.

Of course, later in the game, we find out he?s a manipulative bastard: he basically helped orchestrate World War III to get revenge against Russia for the death of 30,000 of his men (ironically causing a death toll far in excess of that), and tries to have several of the men serving under him murdered to cover up his acts and grant him status as a war hero. The worst part is; even though he?s eventually killed by ?Soap? Mctavish, he succeeds, and is honored as a champion of the people.

You?re probably rather confused to see Kefka on this list. After all, it?s pretty obvious right from the get go that he?s a villain, and not to be trusted by the party. Thing is?no one quite realized just how insane this mad dog was until it was too late. For all intents and purposes, he seemed completely loyal to Emperor Gestahl (himself a complete monster), and was perfectly willing to aid him in his quest to gain godlike power through the Espers, up to and including killing the esteemed war hero, General Leo. Unfortunately, when push came to shove and Gestahl realized the futility ? and danger ? of what they were trying to attempt, he ordered Kefka to stop.

Kefka responded by throwing his Emperor off of a floating continent, causing the apocalypse, and transforming himself into a god that also happened to be the source of all magic in the world.

While it?s pretty obvious right from the get go that Handsome Jack?s the villain, Angel is?well, no one?s actually sure. She starts out seemingly on the side of the New Vault Hunters, before betraying them and allowing their home base to nearly be destroyed, at which point she expresses regret and begins helping the Vault Hunters again. It?s also revealed at some point that she stabbed the old Vault Hunters in the back, nearly killing them. Eventually, she assists both groups of Vault Hunters in defeating Handsome Jack, calling her father an asshole with her dying breath, after bouncing between his side and theirs like an epileptic yo-yo.

What traitors, snakes, and back-stabbing rogues caught your attention but didn’t make the list? Let us know!

1 thought on “Ten of Gaming’s Most Memorable Backstabbers”