The End Of The Road For Warhammer Online 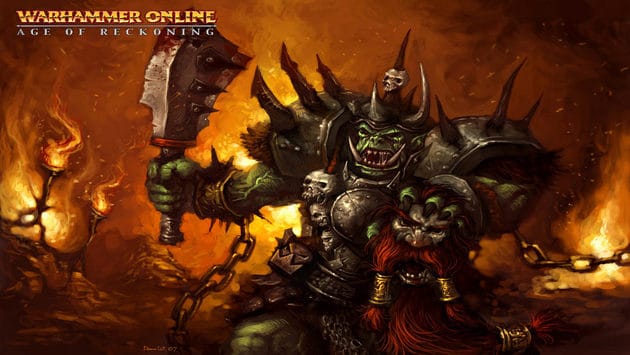 As seen on Todays Daily XP Video!
Games Workshop and Mythic Entertainment today announced the upcoming closure of the PvP centered MMORPG title, Warhammer Online. The sad news comes in the form of an announcement on the official website, featuring the usual apologetic dribble that developers feel compensates enough for years of support and effort. What makes matters even worse is the apparent reasoning behind the closure. Regardless, Warhammer Online will cease all services on December 18th.

In the official post the developers didn’t mention any lack of performance, revenue or any of the traditional problems games face today. Instead it appears it’s simply the end of the licensing agreement between Mythic Entertainment and Games Workshop. Obviously the aforementioned issues could be the reasoning behind the two not renewing the contract but it still seems a pretty poor excuse.

A moderator on the official forums posted the following:

When? Go read the article, this isn’t my job anymore.

He also posted a rather controversial post in a separate thread. It reads:

I wanted to say some hurtful things about WAR’s management right here.
The fact is, though, they’ve never so much as laid a finger on the
forums and certainly have only lied to me. Hey, they lied to all of us.
My only request is that they not be set in an undeserved positive light
by the gaming media over the coming days.

A new Facebook group has formed to discuss the closure, share stories and wish their fellow players happy tidings. If you’ve got fond memories of Warhammer Online you can check the Facebook page here.

The End Of The Road For Warhammer Online