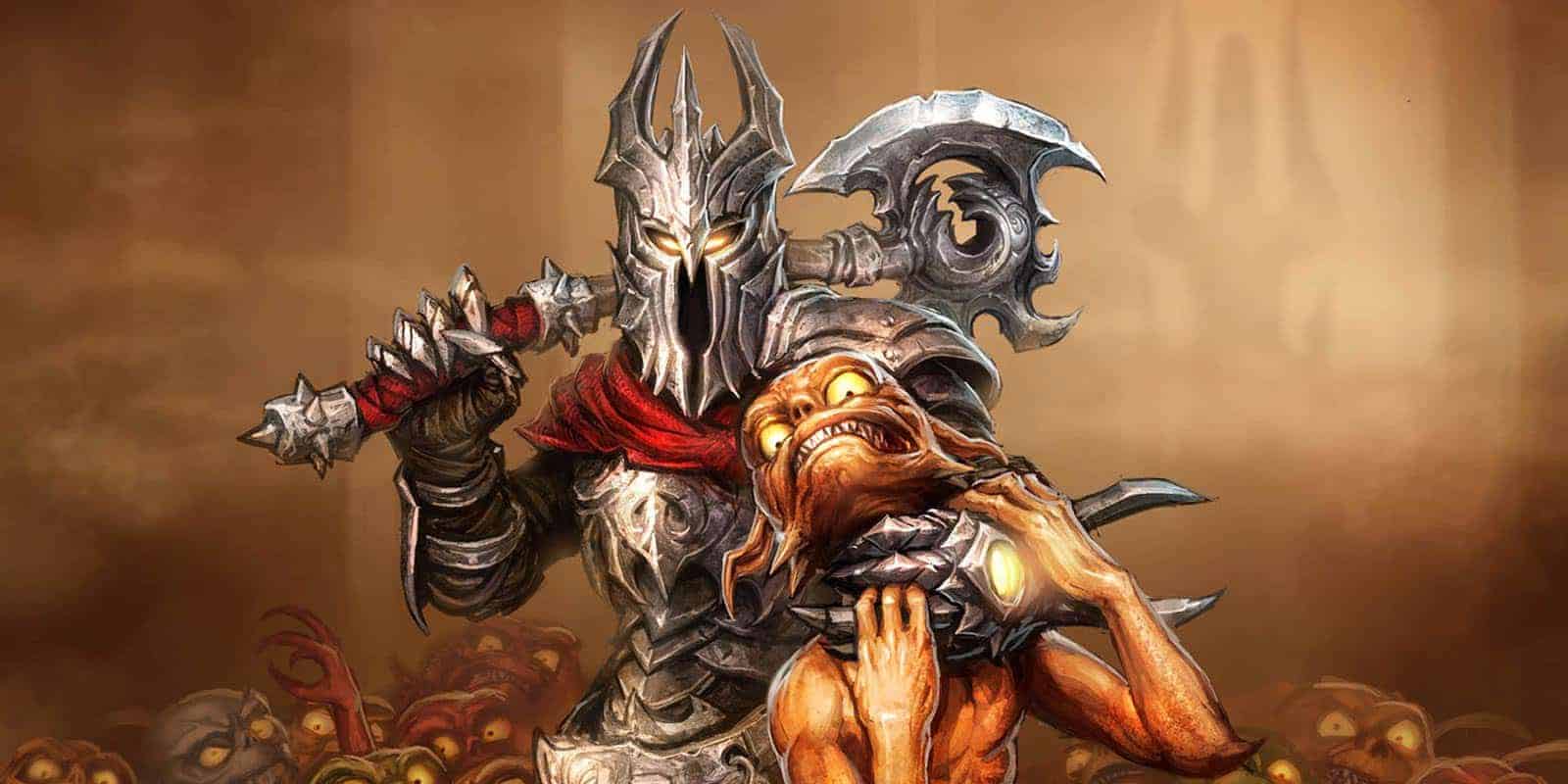 As with many of my list posts, this article will contain spoilers. You have been warned.

The protagonist isn?t always the good guy. Sometimes, the exact opposite is true: whether as a result of the game?s narrative or the player?s own choices; the central character ends up being a vile, irredeemable monster no matter how you swing it. They are, in every sense of the term, the villain.

Naturally, they end up being all the more interesting for it. There?s something fascinating about knowing that your character is not a good person. It doesn?t matter how many puppies you save, how many villains you stop or how many good deeds you do: you?re still a right vile bastard (or were at some point in your career). Today, we?ll be tipping our hats to the worst of the worst ? some of the most imbalanced, irredeemable sociopaths that we?ve ever had the opportunity to control.

For simplicity?s sake, I?ve ignored most games that include a ?moral choice? element; the reason being that the player character in such titles is far more often a blank slate for the player.

Walker starts out as a pretty bland, by-the-books military man: the sort of protagonist you?d expect to see in pretty much any Call of Duty game ever. As the game progresses, though, his sanity gradually begins to erode, and he becomes more and more erratic and unstable. The turning point at which Walker truly crosses the line from hero to villain is when he orders a mortar strike against a holed-up group of soldiers?who it turns out are guarding a group of civilians.

Everything kind of goes downhill from there.

I don?t think there?s a single protagonist in the GTA series that wouldn?t make the Most Wanted list within a week of setting foot in any major metropolitan center. Between them, they?ve a laundry list of pretty much every non-sexual crime known to man. Still, most of them have their reasons ? at least, within the story of the game. And they?ve at least got a few redeeming qualities.

Well, except for Tommy.

The best way to describe Tommy is by saying he?s the closest anyone?s going to get to playing as Tony Montana without picking up a Scarface game. He?s ruthless, quick to anger, quick to kill, and dangerously intelligent. He goes from contract killer to drug dealer to drug lord to mafia kingpin over the course of the game, and has the highest body count in the series.

Claude?s not much better, though ? at least Tommy?s relatively loyal.

Many of the other characters on this list could easily qualify as antiheroes. Werdna, on the other hand, is a card-carrying villain in every sense of the word: he was the antagonist of the very first Wizardry game, Proving Grounds of the Mad Overlord. After his devastating defeat at the hands of the first game?s adventuring party, Werdna has awakened on the bottom floor of a massive dungeon complex. The game is essentially his return to power, as he travels through the multiple floors and does battle with the adventurers who originally defeated him.

Before the events of Amnesia, Daniel was an Archaeologist. Given that Amnesia is one of the most terrifying survival horror games ever made, I?m sure you can fill in the blanks there. Long story short, a terrifying, otherworldly force starts pursuing Daniel, hounding his every step and plaguing him with horrific nightmares. Desperate to stop the nightmares and find peace from the being, only ever referred to as ?The Shadow;? Daniel resorts to gruesome torture and murder, killing countless victims in the dungeons beneath Castle Brennenburg.

If you took rage in its purest, most unfiltered form and molded it into a sentient muscle, you?d get Kratos. While it?s certainly true that he?s got a lot to be angry about (the Greek Gods aren?t exactly the most pleasant deities on the block); that doesn?t excuse his incredibly brutal methods and callous disregard for the lives of anyone who isn?t him. His default solution to a problem is to kill it. If that doesn?t work, his next solution is to kill it harder.

The only reason the series really ended was because he ended up causing the apocalypse, and thus ran out of things to kill.

Even though Saint?s Row isn?t exactly a franchise to be taken seriously (the third game features a baseball bat-sized purple penis as weapon); The Boss is probably one of the worst on the list. We don?t really see or hear much about them or who they are in the first game ? aside from a line or two, they are more or less a silent protagonist.

Saint?s Row 2 is where we really find out what a monster your character is: you are, in no uncertain terms, a completely remorseless, power-hungry sociopath who would dismember their own mother if it?d get them closer to their goal. Aside from the bond that The Boss shares with their fellow gang members, they have virtually no redeeming qualities.

Alex Mercer wasn?t exactly a good person even before the events of Prototype. He was a paranoid, bitter loner with severe sociopathic tendencies, who willingly infected himself with a horrifying virus that he himself designed. His official biography goes so far as to list ?distant, predatory, super-intelligent, vengeful, and blank? as primary personality traits.

So?basically, not the kind of person you?d want to invite over for coffee.

He gets worse, of course: even though Mercer?s trying to bring a number of very bad people to justice while preventing a global outbreak (and trying to figure out who he was); it?s impossible to look past the fact that he?s basically an eldritch abomination that devours innocent civilians like corn pops.

While The Nameless One himself isn?t necessarily villainous over the course of Planescape: Torment; his backstory alone landed him a spot on this list. See, The Nameless One is a true immortal, and one of the most ancient beings in the whole multiverse. The reason he?s immortal is because at some point in his history, he committed an unnamed crime; one so horrible that his soul would remain damned even if he spent the rest of his days doing nothing but good deeds.

One thing led to another, and The Nameless One wound up as an immortal in an effort to atone for his sins.

Shadow of The Colossus starts out as a touching, romantic epic: the protagonist, Wander, has travelled on horseback to a place known as The Forbidden Land in a desperate bid to resurrect the love of his life. In order to do so, he?ll have to defeat a series of nearly godlike beings, armed with little more than a magic sword. Here?s where things get a little warped.

As Wander kills more and more of the Colossi, he starts hearing the voice of his beloved, begging him to stop ? she knows that nothing good can come of what he?s attempting to do. He ignores her, and keeps forging ahead, even though it?s obvious that he?s moving towards some terrible fate; as his appearance grows more demonic with each Colossus he defeats. Long story short; Wander ends up reviving the dark god Dormin.

While the way Revan is played over the course of the game depends entirely on player choice, his actions before KOTOR speak for themselves. Darth Sidious, eat your heart out: through the use of an ancient artifact known as The Star Forge, Revan forged an infinite, unstoppable army, and set to work using it to conquer the known universe. Had it not been for his defeat as a result of second-in-command Malak?s betrayal; Revan probably would have succeeded in his goals. As it was, he ended up being brainwashed and turned into a weapon against Malak.