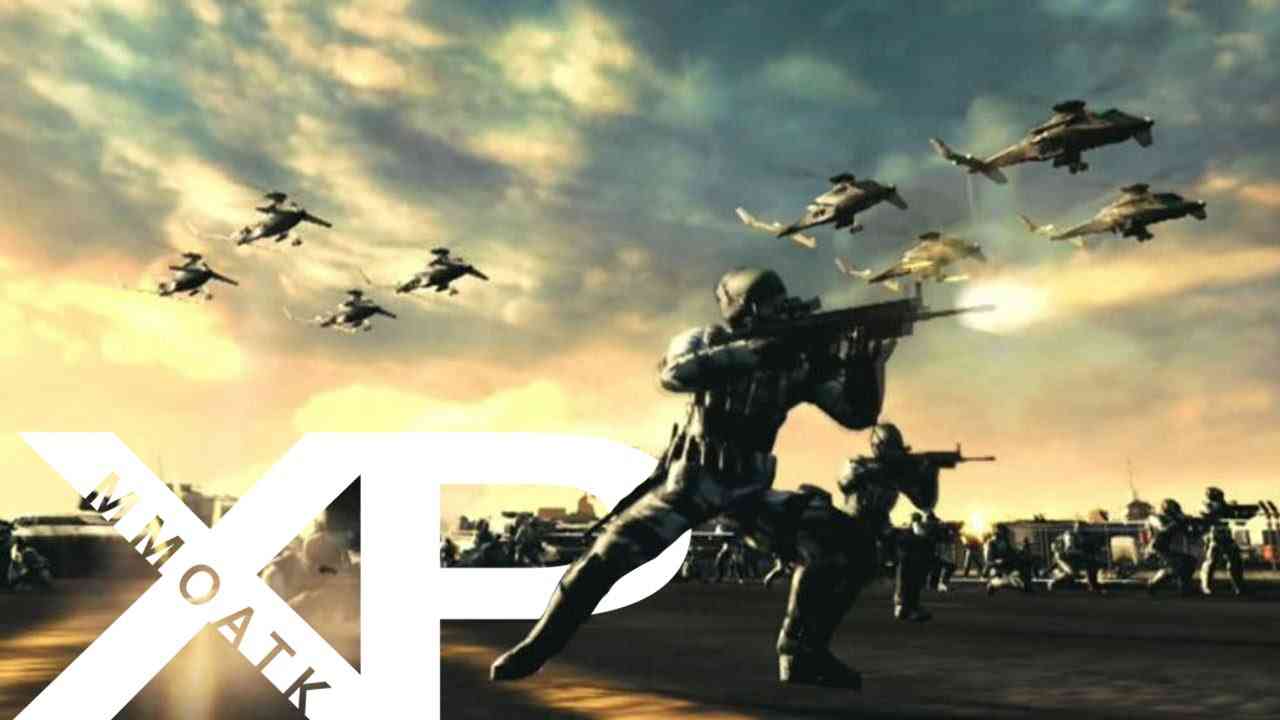 What’s up Attackers! Kirk here with your December 4th edition of The XP, where I break down some of my favorite stories happening in the MMO world for the week. I hope everyone’s had a great start to December, with winter breaks coming up and ample opportunities for some winter-time gaming while you’re parents are yapping away with uncle Ben and Aunt Jemima downstairs. On this week’s episode we have Lord of the Rings Online, AD2460, a new champion in Paladins, Tom Clancy’s Endwar, Dragomon Hunter and more! The XP starts now!

The latest closed beta patch for Hi-Rez’s free to play team shooter Paladins introduced the first new character, aside from all the characters being technically ‘new’, to the game. The Winter Witch Evie brings with her a classic hit-and-run gameplay style and some cool mis-direction abilities like Teleportation and Illusions. The 0.8 patch to Paladins also brought some other new features including a system that will help you deal with players who bail in the middle of matches, who by the way are my most hated people of all-time, and tweaks to existing maps and new cards.

Today, the space-based Sci-Fi strategy game AD2460 announced a brand new patch, and, most importantly, that the web-based MMO will be going free to play. That’s right, come December 7th, a mere 3 days from now, the game will go from a subscription-based game to a free to play game due to the anticipated user growth, not user growthing, which is imperative in an MMO. The game does have a 15 day free trial however, so basically you can sign up today and continue on with free to play when your trial ends. The developer, 5th Season is very clear with their stance against pay to win, so they say there will be no elements of that in the free to play version, the elements you can spend money on will be based around fun and customization.

Update 17.1 is coming for Lord of the Rings Online and as usual will come with a long list of bug fixes and improvements to the game. There aren’t a huge number of things I wanted to talk about with this new update, but one in particular I did want to mention, and it’s not the first time we’ve seen this tactic in an MMO game. Blessing of Valar is a new item that you can purchase that will instantly boost your character’s level to 95. That’s right, buy this item and you can jump to 5 levels below the max level. This can be taken both ways I think, 1. It’s a great idea because it will help new people wanting to enter the game a chance to see some end-game content and higher level play without committing a TON of hours, but 2. It sucks because all the hard-work loyal players have put in to make it to that level and you’ll be playing with quote unquote ‘Noobs’ at end level content? I want to know what you think about this sort of item, in favor of, or hate it? Let me know in the comments.

Dragomon Hunter and Aeria Games went massive this week, adding in a new PvP arena that will finally introduce large-scale, nay, massive-scale battles to the game. The new battlefield, The Final Frontier, will feature 300 vs 300 battles that can raise your Star Rank, allow you to use a unique War Mount on the battlefield and earn massive Battlefield points you can trade in for new rewards. So how do you participate in The Final Frontier? Well, you have to be level 30, in which you will automatically receive the quest “Red vs. Blue” and you’ll have to complete that and then choose a faction. So after the question and you’ve chosen a faction, you’re ready to battle. During the battle there is a 10-minute preparation period and a 30 minute timed battle, where there will be one player selected as Warlord, and two others selected as his or her Centurions. The Final Frontier is only avaialable twice per day on Tuesdays, Thursdays Saturdays and Sundays, so check it out if you’re level 30!

Trion’s Free to play action-RPG Devilian kicked off it’s Open Beta this week, and will run until December 7th at 1AM EST. After the beta, the team will begin to prep for its official launch, which is scheduled for December 10th. We took a look at Devilian in October and you can find that video on our channel if you’re interested to see what it’s about. Also going into open beta this week was Ubisoft’s Tom Clancy’s Endwar Online. On December 3rd the open beta began and launched with a new PvP mode, War Game in which players will use special decks, yes, another game with card elements, while offering big rewards. You can check out the Endwar Online open beta by creating an account on their website, which at the time of my writing, had been hugged to death by the internet, so hopefully by now you can check it out at endwaronline.com.

That’s all I’ve got for you today, thanks so much for tuning in and subscribing and commenting, remember the question I asked you earlier? I hope you’re having an awesome Friday and an awesome weekend, happy December!