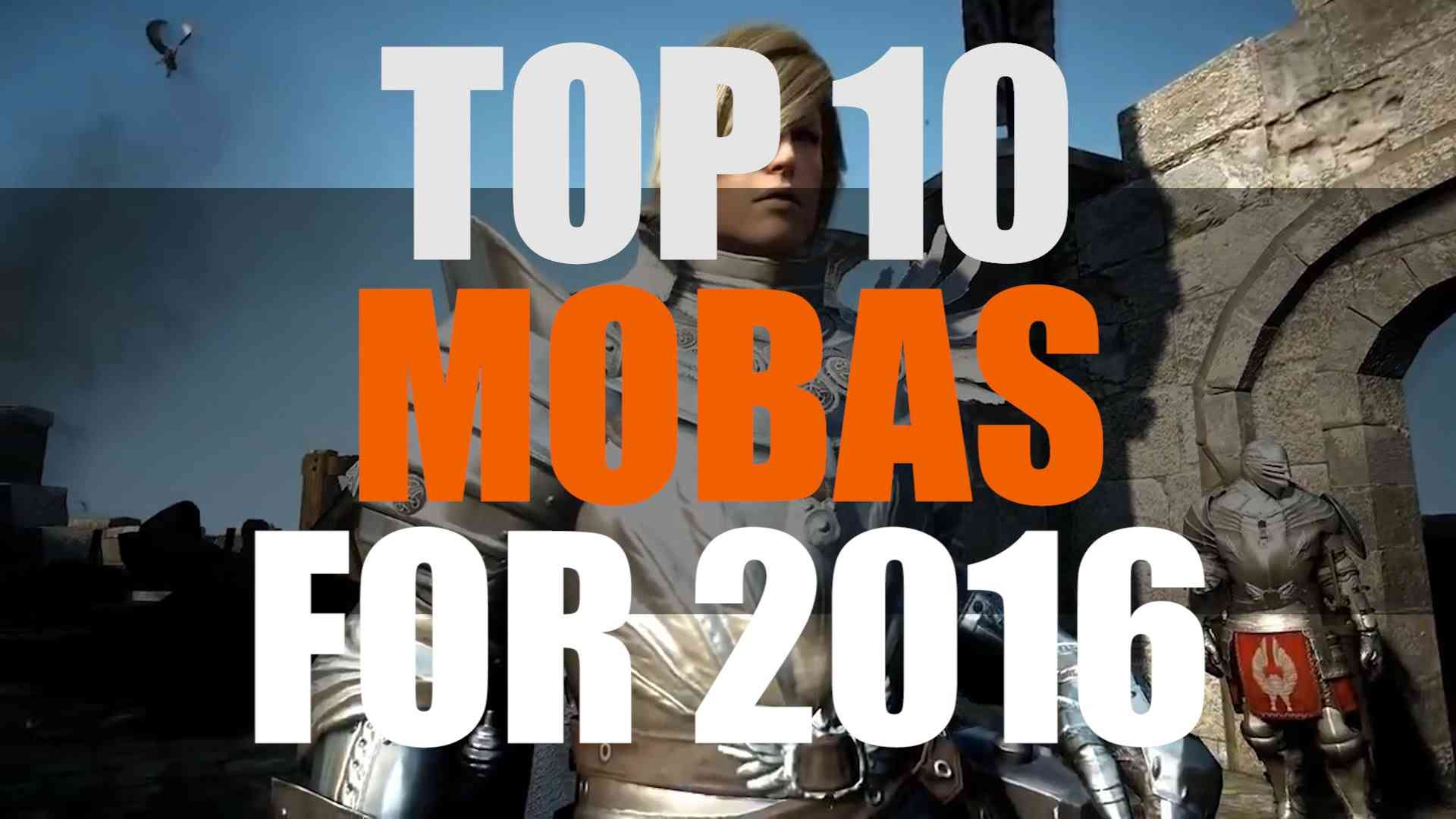 Welcome back Attack! Today we are going to be taking a look at the top 10 upcoming MOBAs for 2016. I know, i know, before you guys leave, we know this is a very saturated market, but these 10 games are the best contenders for great games, at least in the MOBA genre for this year. We are kind of winding down on the MOBA fanaticism, so this might be the last year we get a huge batch of MOBA. Hopefully, they make it count!

[heading]Deadbreed[/heading]
At number ten we have a game called Deadbreed, which has that classic Diablo, just that classic western RPG aesthetic fused into the MOBA design philosophy. The game has the different areas, or instances, like a cave or dungeon, that take you off the main map, which is very different in the genre. The general game mode is typical for the genre, but there’s also a capture the flag system, a gathering system, also a raid boss. All in all, Deadbreed seems like a very grand idea, but may be a bit too much for the game to live up to currently, but maybe with time, if given the chance.

[heading]Dark Nexus Arena[/heading]
This next one is Dark Nexus Arena, which is kind of like a death-match MOBA. You do have an item shop, a jungle, lanes, etc. BUT the whole game takes a standard MOBA and twists it ever so slightly into a team-deathmatch mechanic. The game also kind of works like a twin-stick shooter, it works in a way that you have to aim your auto-attacks, which is interesting. You get points/tickets for killing enemy units and you win the game by getting the most points. Aesthetically, it fits the Warhammer universe, and with a little bit of polish it could be pretty decent.

[heading]Master X Master[/heading]
Next on the list we have a game called Master X Master, or MXM. When you first look at it, gameplay wise, it’s top-down, isometric, colorful characters and sci-fi fantasy, all the good stuff. It definitely screams MOBA. But what makes it really different is that it’s action based, and has this thing called the tag-system, where you switch from one Master to another in real-time. We don’t know how this last piece will work, but it’s interesting to see how it will work in a real-time competitive game. It’s not high on this list because it’s kind of a vague idea and needs to be fleshed out fully to get higher.

[heading]Hyper Universe[/heading]
Coming up at number 7 is Hyper Universe, published by NEXON. This is an upcoming 2D MOBA, not isometric, not 3rd person, it’s 2D! I think the only other game that does 2D properly, is Awesomenauts, which is super fun in itself. But Hyper Universe, will be even more ridiculous. Hyper Universe will probably do what SMITE did to the MOBA scene, as in, it will be casual, fun and silly and could grow into a huge competitive game. You have characters like Bruce Lee, the Power Rangers and some iconic and silly characters which could draw in a big crowd.

[heading]Arena of Fate[/heading]
At number six is Arena of Fate, being built by Crytek, so we know it will look great. This is another one that uses characters we already know from other places like Red Riding Hood, the Big Bad Wolf, and other fairytale universe characters. This could work out like SMITE, and it’s taken a more casual experience method by having timed matches. The games will be mostly competitive, but for a more casual audience. So depending on how they go about it, it could be great .. or it could just be a cute game.

[heading]Eterlands[/heading]
At number five, halfway on this list, we have a game called Eterlands. This one is one i’m personally excited for, but I do have to admit, I don’t know if it will be released this year. There is not too much out on it yet, and some of the claims they have seem to be pretty outlandish. They are aiming for a realistic MOBA, with destructible and moveable environments, with a realistic combat system and character building. It will have action RPG inspiration, but will have magic and a more down to earth, realistic experience that focuses on mechanics. But we need to see more before it gets higher on the list.

[heading]Supernova[/heading]
At number four we have this sci-fi thematically game called Supernova. It’s definitely your usual MOBA with your three lanes, your jungle, etc. It’s like Dota with League of Legends and Starcraft. It’s an action RTS in a sense, you can control your creeps and you can choose which creeps come and when during the waves, and there’s a whole lot of strategy that goes along with that. But the game will be more slower pace than a typical RTS game, unlike AirMech, which is much quicker paced. This might be a great game for someone who likes a niche type game that has potential.

[heading]Battleborn[/heading]
Into the big bad three we have a game from the makers of Borderlands, this is Battleborn. Under NDA at this point, but we’ve still got stuff to say! We can tell you that it definitely has the humor that we’re used to, and it’s got a single player component to it (from what we’ve seen), and it’ll have that cinematic experience that you’d expect from a Borderlands game. it’s filled with skill shots, unique and colorful characters, and it’s really weird! It doesn’t have usual lanes, a usual map, a typical game mode, it just have a bunch of different functions that are not the same as others in the genre. It will be a full priced game when it comes out, which may be a good thing or bad thing as we’ve not had a game like this in the MOBA genre.

[heading]GIGANTIC[/heading]
I’m really hoping this game does release this year, as there has been some controversy and some shadiness that’s gone along with the game with employees and investors, but we don’t need to talk about that. This game is freaking AWESOME, so we really hope it comes out. Gigantic has had a few betas recently, but I think the exclusivity on Xbox and Windows 10 might hurt it at the start. We really like how the game looks and it has amazing animations and the fact that they flip the third person MOBA genre upside down with these huge (Gigantic) creatures that have different phases on the map. BUT, this game needs to come out to be ranked, so we’re hoping this high ranking doesn’t ruin it!

[heading]Paragon[/heading]
Now the number one MOBA coming out this year, is probably going to be the free to play, third person shooter MOBA by Epic Games, Paragon. This game, hands down, is the most graphically impressive MOBA out there. In a lot of ways, this will be similar to Battleborn, just in third person, and will have a different aesthetic. Epic is really good at making fun weapon designs, so hopefully that will translate into these characters, which i’ll admit don’t look too impressive, kind of generic. But I imagine with this engine, with this design, it should be a whole lot of fun. Which is just imagining, but that’s how a top 10 list of games that haven’t come out yet, should work.

That’s it! We understand there’s a lot of competition, but hopefully one or a few of them can find their niche and can grow from there. Maybe one can be the next LoL or Dota, who knows! But we do feel that these 10, have the best shot at being recognized and played. Thanks for reading.