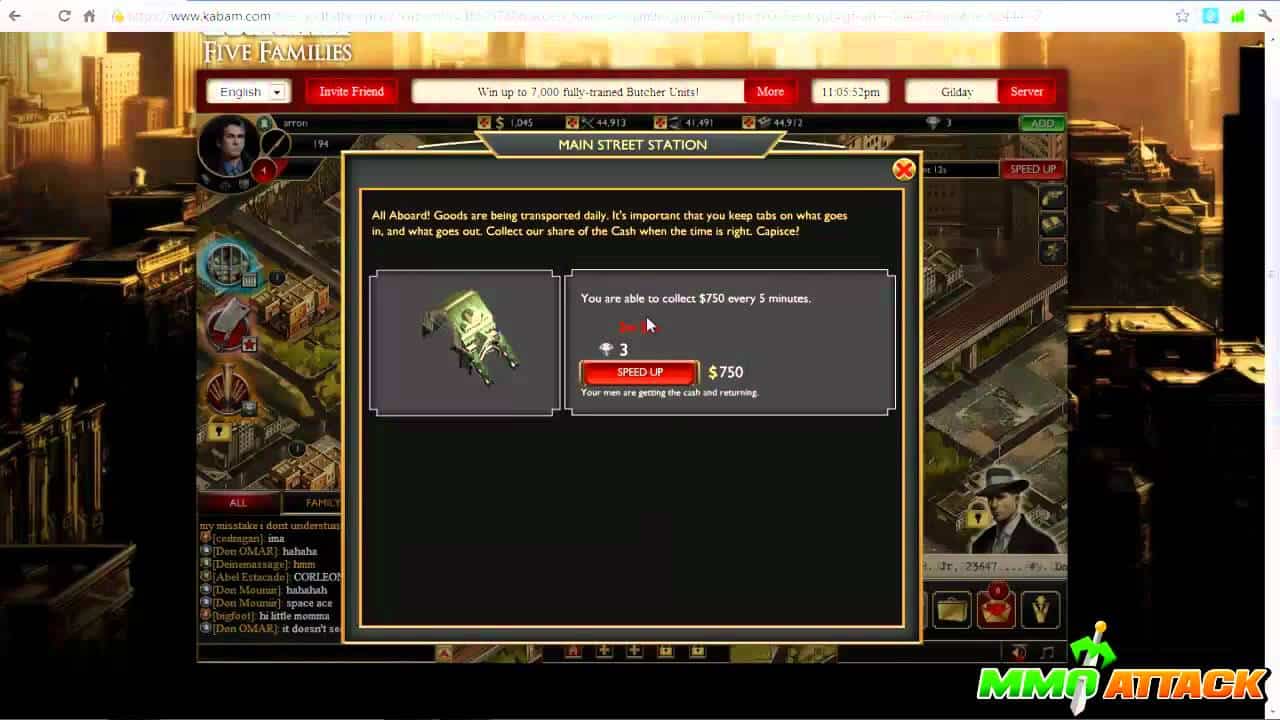 What’s better than the joy you get while waiting for an awesome new game to download so you can play it all day and into the wee hours of the morning?  Not having to wait to download some awesome new game so you can play it into the wee hours of the morning!  Yeah, that’s right, a browser game gives you valuable time to actually enjoy the game without the download.  You don’t have to spend all your time downloading a massive file just to play your favorite games.  The awesome technology of today’s browsers have brought great games with you on the go.

This top online browser games list features MMO and MMORPG games that are playable right in your browser, without any third party clients to deal with. And of course, the best part of all, they are free!  The team here at MMO ATK has tested and hand-picked each of these games to represent a wide array genres and styles.   Keep checking back often as we continually update this list to feature the top 5 online browser games for 2012!

If it were named Godfather One Family would it be ranked number one?  Who knows!  All we know is that The Godfather Five Families is a great browser based city manager game with a great mafia theme.  The goal, as with many city building games, is to build up a criminal empire that you?ll use to attack other players, build up your neighborhood, train troops like arsonists and hitmen, and steadily improve your own personal Estate.

In addition to your own neighborhood you can also take control of different areas of New York, but you?ll constantly be going up against other families in order to do so.  Once you have control of an area it will show your family crest, letting everyone know who?s in charge.  Higher level players will be given incentives to duke it out with players of the same or higher experience level allowing you to team up with other players to take control of the city.

Evony II is a 2D strategy browser MMO with a medieval setting. The game was originally launched in 2009 and it grew pretty fast through aggressive marketing and advertising on one end and classic, yet polished game elements at the other end.

In Evony II players must gather four different resources build their city, keep the population happy and in general manage this urban universe in a tycoon-like fashion. However, this is not the ultimate goal of the game, but that of conquering the world. In order to do that players must address military and diplomatic issues: build troops, make alliances and eventually make war against neighboring cities.

Thirst of Night is an exciting new MMO free real-time strategy game (MMORTS) from Kabam. In the game you?ll build a vampire civilizations in the ashes of the human world, or raise powerful gargoyles to defend your strong bloodline. The game focuses on strategically taking over the other team, and balance of power.

You?ll be able to exterminate foes with your powerful army. You can also play together with a friend to have an alliance to strategically take over the enemy. You?ll have to construct and upgrade a variety of buildings to help your city become more powerful and diversify your resources. Balance in this game is key, just like any other online strategy game, and Thirst of Night?s controls help you to maneuver your army effectively. If you like vampire armies and controlling troops of gargoyles or humans, this will be the game for you. Any MMORTS players will find Thirst of Night an enoyable and fast paced strategy game.

Battlefield Heroes is Electronic Arts free-to-play third person shooter. With stylish cartoony graphics, this game is aimed mainly at casual gamers or anyone who likes funny and cartoony gameplay, but still wants to show who?s boss when flaunting their skills.

Battlefield Heroes does not aim to displace or compete with the Battlefield series, which has been captivating gamers since 2002 with Battlefield 1942, as much as present a fun and free ?sandbox? style alternative to its counterparts. Quick battles and a built-in matchmaking system ensures both noobs and leet players are paired with equally skilled players, so that fair play prevails.

Drakensang Online is a free-to-play fantasy MMORPG that plays like a game of Diablo more than a game like World of WarCraft.  Drakensang Online is a browser-based MMO based on the PC game The Dark Eye: Drakensang.In this edition players fight against inhabitants of the dark realms invading the lands of Grimmagstone to Shorefolk.

The extraordinary 3D graphics and effects, along with the visually amazing game world make this next generation browser game one of the most popular in the category. This game is great for Dungeons and Dragons fans looking for a video game to play in a new universe.