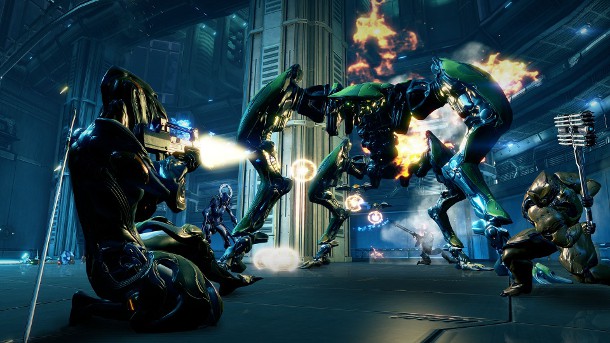 Digital Extremes today released an impressive new infographic for the increasingly popular PlayStation 4 and PC MMOTPS game, Warframe. Since Warframe’s open beta launch in March of 2013 the game has enjoyed massive levels of growth across practically every element of the game. The social media channels relating to Warframe have seen huge popularity surges throughout the year as over 607,000 players signed up for the official forums, 180,000 visit the Warframe Reddit channel on a monthly basis and 516,000 players have joined the Raptr community.

The game itself boasts even more impressive stats across both platforms. Since March of 2013 Warframe has attracted over 7.5 million players, it has become the second most downloaded application on the PlayStation 4, remained in the top 5 Steam free-to-play titles and has secured its place as one of the top 10 most played games on Raptr.

Players have shown their dominance in the last year completing over 504 million missions, slaughtering 4.8 million Grineer Lancers in the process. These accomplishments have helped the community amass 4,219,411,784,212 experience points, that’s over 4 trillion.

Check out the other impressive stats at the link below.