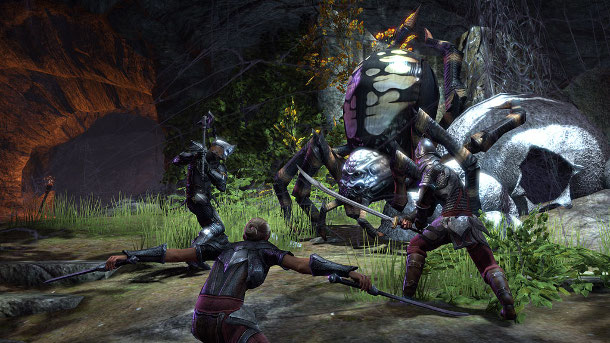 Following a brief period of downtime for The Elder Scrolls Online megaservers, Zenimax Online Studios announced the immediate release of the latest incremental update that sees minor adjustments and fixes applied to gameplay, quests and group content areas. As previously announced the content in update 1.4.6 was designed to make minor improvements ahead of the release of the much larger content update, 1.5.

Most of the changes are minor and will have little impact on the majority of the playerbase. However fans of the Rapid Strikes (Flurry Morph) in the duel wield tree may suffer a rather noticeable drop in performance as the attack speed stacking exploit has now been addressed. You can check out the full list of patch notes here.

The release of 1.4.6 on official servers also means that the Public Test Server has been updated with the next content update, 1.5. The fifth major content since the launch of The Elder Scrolls Online will see an exciting variety of new content introduced to the online world of Tamriel with new facial animations for NPC’s, a new scaling system for both group and solo instances to allow higher level players to earn rewards from lower level zones, the Veteran City of Ash alongside the continuation of the dungeon City of Ash, and a host of new crafting options. More details on the new Public Test Server build can be found on the official forums.