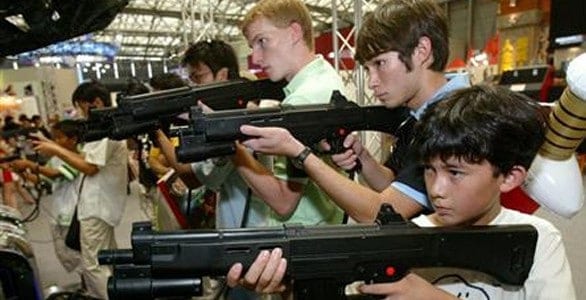 Unless you?ve been living under a rock, you have probably heard of the tragic
events that transpired in Newtown, Connecticut this weekend. I won?t go into
detail for purposes of this article, but if you are magically unaware, here is
the heartbreaking story.

Since the event there has been an extreme increase in talks about gun
control in America. One of the other topics most brought up is about the
violence in video games, since the shooter Adam Lanza was said to have played
games like Call of Duty and Starcraft. Since releasing this
information many parents have spoken out about the affects of violent video
games on young minds, while even congress is warning people to just be aware of
the maturity ratings of the games they purchase during this holiday season.

Senator Jay Rockefeller is trying to pass a bill that does comprehensive
research on the affects of violent video games on younger individuals. Of
course there is going to be support for such an endeavor too. The passing of
this bill could ultimately fuel, or even kill the argument in question.

What do gamers think about all of this though? I don?t think there are many
young individuals who overlook this shooting. Regardless, are they now condemned from
playing their favorite FPS? Can they no longer use that form of entertainment that helps them
cope with something they otherwise wouldn?t want to keep thinking about? I want
to hear the opinions of true gamers.

Do you think violent video games have an impact on the way people act in
real life? At the very least, are they capable of driving individuals to such
heinous actions?