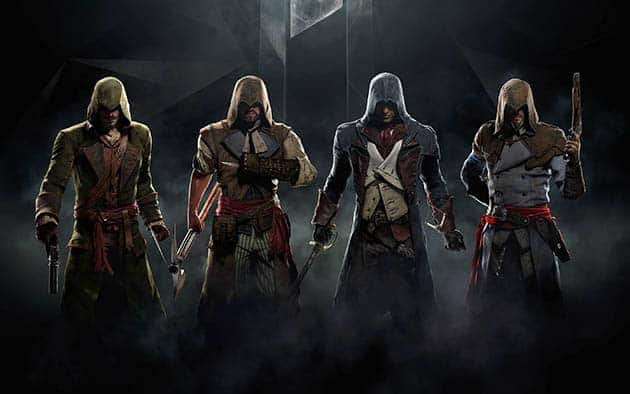 Assassin’s Creed may not be the first game that comes to mind when asked the question of what franchise you’d like to see immortalized in MMO form, but it could be more of a possibility than you think. During a recent interview Lead Producer on the upcoming Assassin’s Creed Unity, Vincent Pontibrand, shared his desires to create an MMO based on the award-winning Assassin’s Creed universe.

“I’d love to have time personally, but it’s not there!” Pontibrand said.
“My dream would be to build basically an MMO where we can revisit all
these storylines through the same avatar, that would be awesome. But
it’s not the game we’re making.”

Pontibrand went on to say that Unity is the first stage of developing a game that utilizes the kind of mechanics and features involved in traditional MMO design.

“We haven’t gone as far as we want, you cannot share the world with
other groups of people,” said Pontibrand. “When you’re online with three
other friends you’re just the four of your in your session of Paris.
Other players might be playing at the same time, so one of your friends
could drop out and one of your other friends could join you and we have
joining progress and stuff like that.”

Do you think that Assassin’s Creed would make for an exciting MMO? Leave your thoughts below.