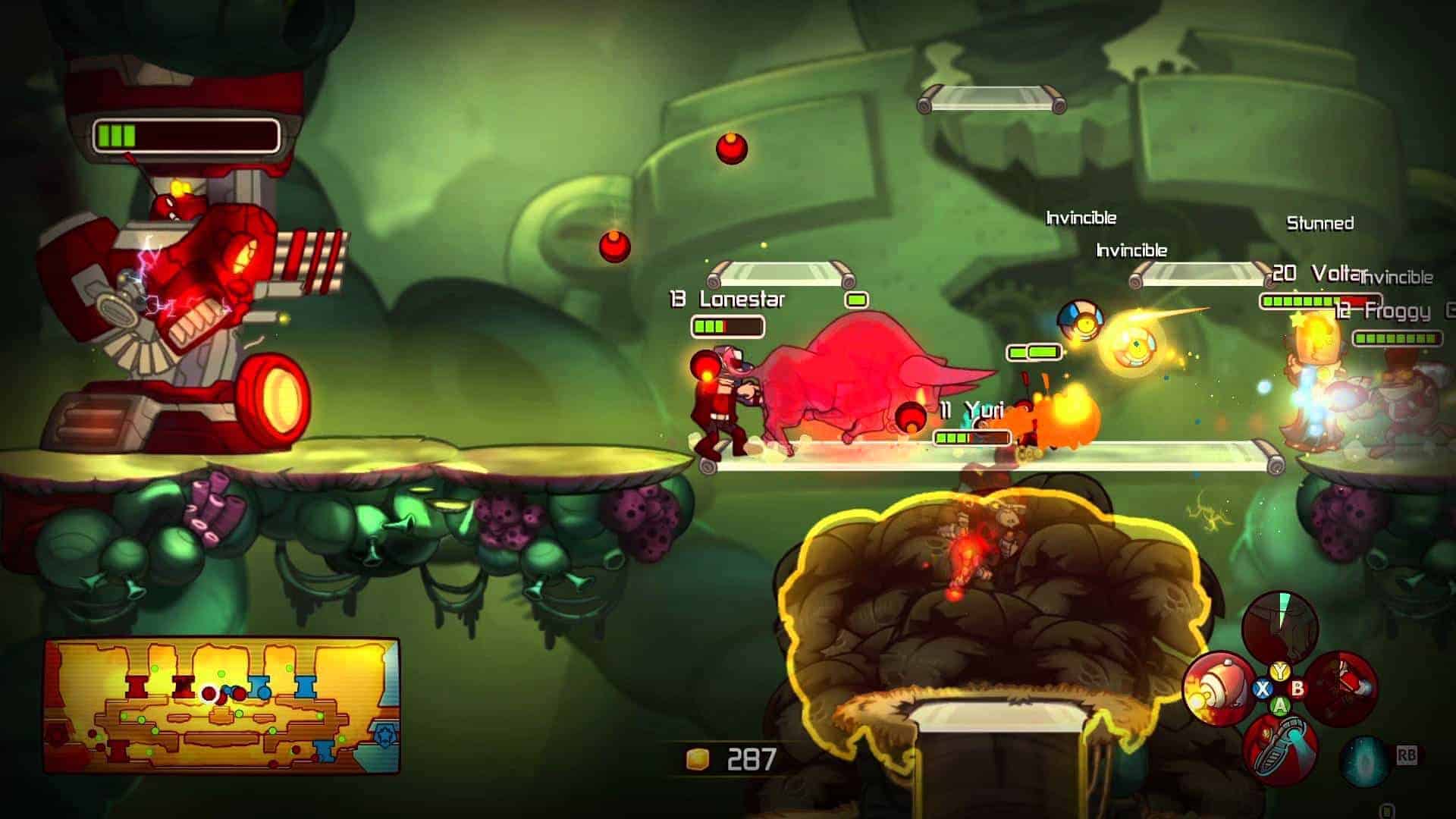 Awesomenauts, the multiplayer online battle arena made for console from developer Ronimo Games, has received a release date and new trailer.

Coming up for Xbox LIVE Arcade and Playstation Network, Awesomenauts is a 2D side-scrolling MOBA. Following the standard formula of choose your character and upgrade them while working with A.I controlled minions to take down enemy defenses, Awesomenauts is touted as a simplified MOBA experience specifically made for console.

Recently, the title has been confirmed for a release date of May 1st on the Playstation Network, and May 2nd for Xbox LIVE Arcade. Currently, Ronimo Games is also working on porting the game for an eventual PC release, although there is no estimated date on when this will be available.

If you?re curious to see what the game is about, Ronimo Games have also recently released a gameplay trailer. Check it out below!