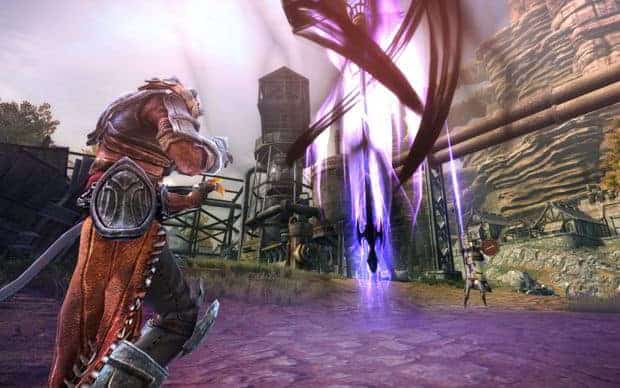 Snail Games USA today revealed the latest class to join the robust
lineup in Black Gold Online with the debut of the necromantic Conjurer.
A combination of enigmatic sorcery and steam technology gives Conjurers
the ability to weave forbidden curses and summon deadly allies through
the use of dark magic.

They excel as a long-range magic damage
dealing class with access to an impressive arsenal of crowd-control and
support abilities. As with previous class reveals Snail Games USA
released some highlight aspects of The Conjurer including the available
races, class specializations and weapon variations.

Class Trait: Conjurers have long
range and high DPS casting, but cannot sustain prolonged fights alone.
With lighter defense and health, they are susceptible to being
physically overwhelmed. Ideally put in support position and
crowd-controlling, taking advantage of their long range.

The
developers also recently announced that the Alpha Test Drive event will
begin on March 20th. Those who obtained keys at last years E3 event or
from the official Facebook promos will gain access while others can opt-in on the website.