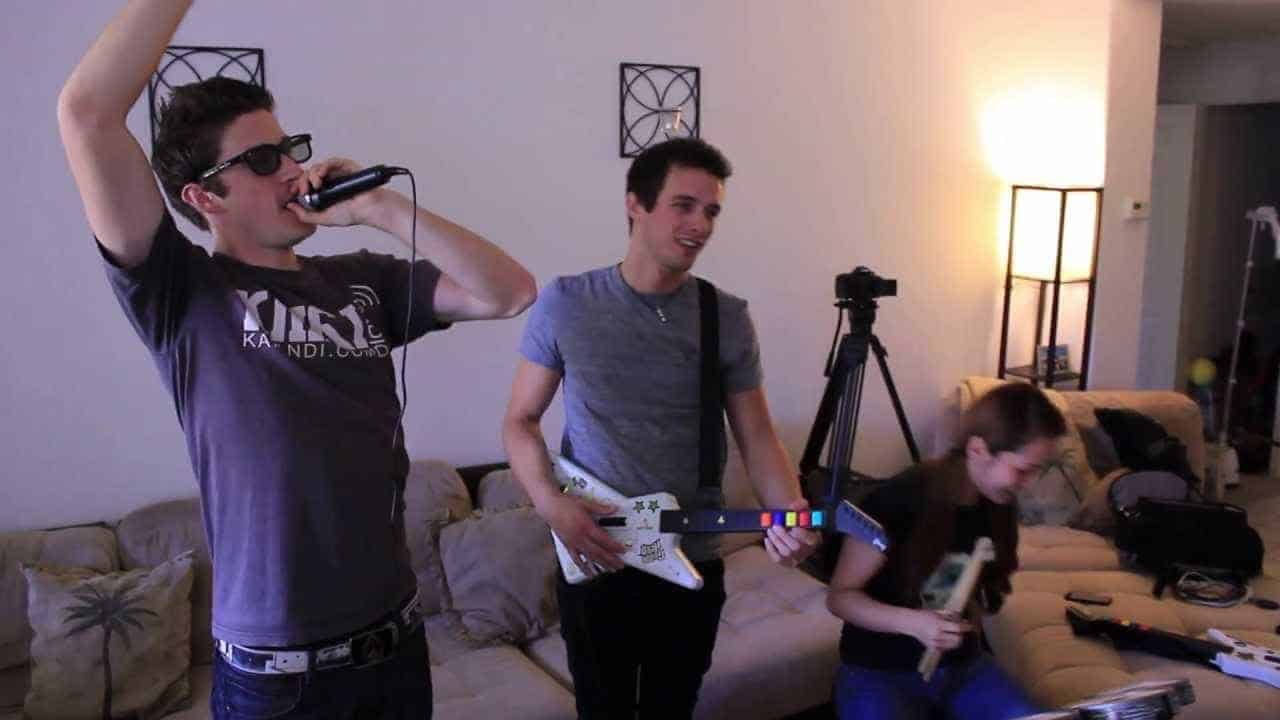 It’s official. We’ve gone and formed a rock band! That’s right, MMO ATK is proud to introduce Challenged Attack (the band formerly known as Three Attack) on Harmonix’s Rock Band. We’ve got Kirk crushing the vocals, Mark shredding on guitar and Reina keepin’ beat on drums. Enjoy rock history in the making. Chicks still dig plastic instruments, right?
Each week during season 2 of MMOpinion, hosts Kirk and Reina will be attempting your dares and challenges! Want to see them go head-to-head over a game or do some crazy task? Submit your own ideas for them to partake in below in the comment section, on the most recent MMOpinion YouTube page, or through any of the means listed below.
MMOpinion Playlist: http://goo.gl/t2lgv
Tell us your challenges via comments on MMOpinion or:
Facebook: http://www.facebook.com/MMOAttack
Twitter.com: https://twitter.com/MMOAttack
MMO ATK: http://mmoattack.com/mmo-series/mmopinion
Follow your challengers on Twitter:
Kirk: @Atticon40
Reina: @ReinaScully
MMO ATK | We Do Games — Play FREE Today!