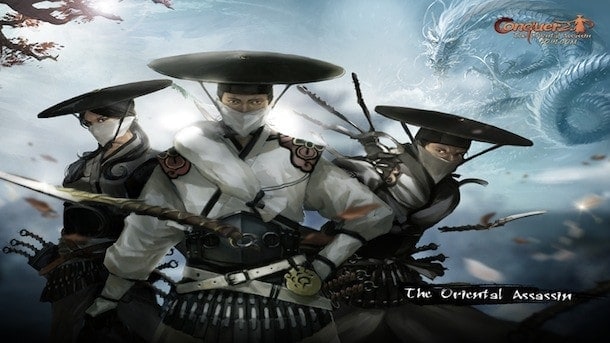 As seen on Todays Daily XP Video!
The latest update for Conquer Online has just been released on the iPad app store. This free-to-play action MMORPG made its leap from PC to iPad and continues to grow more popular because of it.

The update features a brand new fighter for PvP action. Conquer Online will now feature the Oriental Assassin, which allows fans to become fierce contributors in both solo and group combat. The powerful fighter is a long-range killer, using stealth and distance to ensure safe victory. Every player who opts to use the newly added fighter will begin their endeavor as a basic Archer. Thanks to a unique quality called dual identity, Oriental Assassins can transform into their prime mode and utilize an exclusive list of skills.

Conquer Online features plenty of other options when comes to exploring a massive universe. With an Oriental Assassin now joining the ranks, you can be sure that the iPad title is about to get a lot more intense.