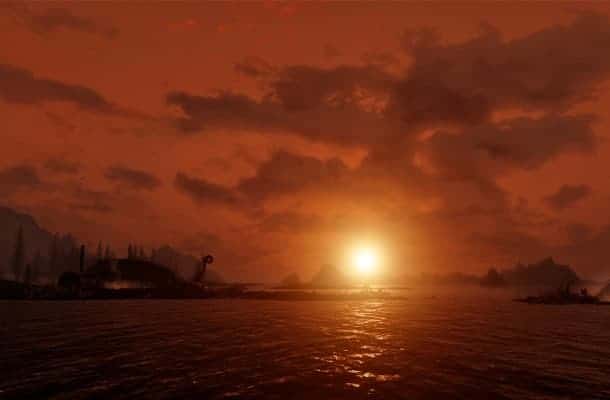 Before I get to today’s attention, I’ve some sad news: this is going to be the last issue of Critical Thinking for a while. While I’ll still be around the site, the series will be discontinued starting today. I may start it up again at some point in the future, but for now, it’s on the back-burner.

I hope everyone’s enjoyed reading at least half as much as I’ve enjoyed writing it.

Currently, it’s 8:13 AM. I’ve not yet slept. Vaguely, it occurs to me that I’ve entered into a writer’s fugue of sorts; my body seems almost not to exist as I tap away at the keyboard; it is as though it is little more than an avatar. Fitting in a sense, given today’s topic.

I glance down at the array in front of me. After a moment, I realize with a start that one day in the not too near future this setup might appear archaic. That realization jolts me back to myself. I consider new technologies which carry with them the very real potential to change gaming (and I’m not just using hyperbole). I’m speaking of technologies like the Oculus Rift and Tactical Haptics’ Reactive Grip.  I’m talking about prototypes borne of Valve’s experiments with sweat control and vision tracking. I’m referring to brainwave control.

If you think games can get immersive now, you ain’t seen nothin’ yet.

I would like you all to imagine a scenario for me: let’s flash forward a year or so down the line. Reactive Grip has come out of beta. Valve has perfected its eye-tracking technology, and the Oculus Rift has caught on as a must-have gaming peripheral. First-person shooters have taken on an entirely new angle. Suddenly, it’s changed from a matter of how accurate you are with a cursor to how well you can aim with your hands and eyes. For all intents and purposes, it almost feels as though you’re actually in the game; actually part of the experience.

Another few years pass, and Valve releases new tech that tracks sweat and anxiety levels. Suddenly, survival horror becomes truly terrifying, with games that track your mood and adjust accordingly. Afraid there’s a monster waiting around the corner? You’ll see it out of the corner of your eye, but you’ll never get a good look at it. Concerned you’re being followed? Expect the sound of footsteps, strange growls, perhaps a spot of mocking laughter. Scared of the dark? Hope you don’t miss your light source.

It sounds like something ripped straight out of science fiction, doesn’t it?

It only keeps moving forward from there, though I hesitate to get much more outlandish. It all still feels a touch surreal to me. I’ve a few ideas of where we might be headed, if things keep going as they are. Bear with me: consider something along the lines of a VR helmet and bodysuit interface. The helmet tracks your thoughts, your eye movements, and your emotions. When something noteworthy happens, the bodysuit somehow relays that data through a sensation of some kind. Taking things a bit further, imagine a direct interface between game and mind – as though you are literally diving into a different world.

We’ve quite some time before we reach that point, if we do at all.

Even in the case of the Oculus Rift, such immersion could be extremely dangerous. Already, we see many cases of people gaming themselves to death; they become so engrossed in their play that they completely neglect all other activities, disregard all other bodily functions. They waste away in front of a screen. How many more incidents will we see like this as virtual reality begins to catch on? How many people will simply crawl into another world and forget the real one?

And more importantly, how will the media react?

This isn’t the only roadblock gaming will face if – and when – virtual reality finally catches on. Developers are going to have some difficult work ahead of them; development for virtual reality represents a considerable shift when compared against traditional development.

The first, most obvious problem lies with the traditional user interface.

“If you’re completely immersed in a world,” explains Oculus Rift co-founder Andrew Yoon, “there’s not necessarily a good place for a user interface. In 2D gaming, you could place it on the periphery, but this doesn’t necessarily work in VR. Even something as simple as a reticule needs to be re-thought.”

Ironically, maintaining immersion could present one of the most significant challenges developers will face. Cut-scenes are pretty much a no-go. “You can’t take control away from players,” continued Yoon. “If you take away control, it’s a very jarring experience. Another challenge is loading screens. How do you keep the immersion there?”

Graphics, too, are going to need to undergo a bit of an overhaul. Players are no longer going to be able to be a detached head and gun. “Players like to see their hands and body,” Yoon acknowledged. “No one wants to be a floating head.” Not only that, developers are going to need to get creative where reducing motion sickness is concerned, perhaps by slowing down gameplay somewhat. Finally, the increased freedom of movement and field of vision represented by virtual reality means better controls and less input lag are both musts, while map design may need to evolve to fit with tech like the Rift.

None of these challenges are insurmountable, thankfully; all are hurdles which can be fairly easily overcome with the right combination of knowledge, innovation, and perseverance. Setting aside the challenges and concerns, the possibilities offered by virtual reality paint a very exciting picture – both for contemporary gaming and gaming in the future.

One day soon, the controllers we use to game might not be pieces of wired plastic – they might be our bodies and minds.