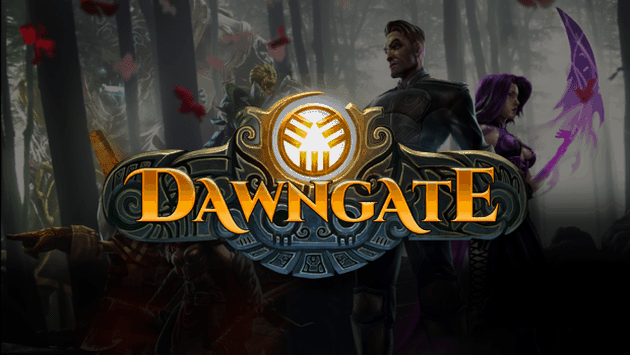 Waystone Games and Electronic Arts today announced the beginning of closed beta testing for the eagerly anticipated free MOBA game, Dawngate. The game was first announced earlier this year but met mixed receptions due to its huge similarities with Riot Games’ award-winning MOBA, League of Legends. However since that time the developers have released more information on additional features including a number of elements never before seen in the genre.

The most exciting of these elements is the role system. Unlike traditional MOBA games that fit each playable character with a distinct role, Dawngate allows players to choose every available role on each playable character. What does this mean for the regular MOBA fan? Well imagine being able to change a jungle Champion from League of Legends into a deadly mid-lane opponent before each game.

Another notable feature is the Spellbook system. Players are given a Spellbook Point at levels 1, 10 and 20 during a match, each of which can be spent on unlocking a new spell for the duration of the game. This is a break away from the norm as most MOBA titles force players to choose their spells before the match itself; giving Dawngate players the opportunity to adapt based on the skill and approach of their opponents.

The first closed beta event begins today, December 5th at 9AM PST and runs through until December 8th at 12AM PST. For more information check out the official website.