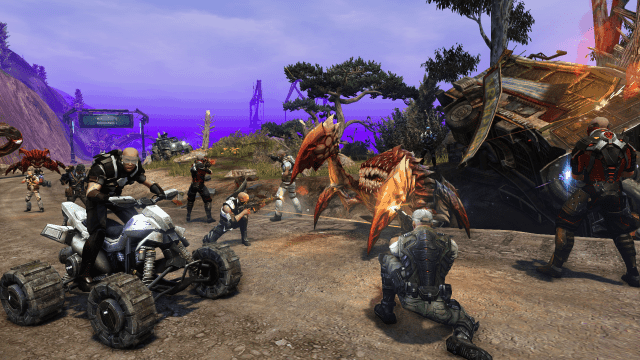 Trions Worlds have announced that the free-to-play version of the popular science-fiction MMO game, Defiance, is now available to those on the PlayStation 3 version. The PC game client has enjoyed 10 weeks of increased player numbers following its official free-to-play transition in June but until now, Sony’s PlayStation 3 community have not been able to enjoy the same experience.

Alongside the release comes details of compensation packages for PlayStation 3 players that purchased either a boxed or digital edition of Defiance. Trion Worlds hope to show their gratitude for the dedication and support of the Defiance player base with an exciting selection of items and perks:

The Paradise Patron is a new subscriber-inspired option for players – allowing them to unlock exciting new bonuses: