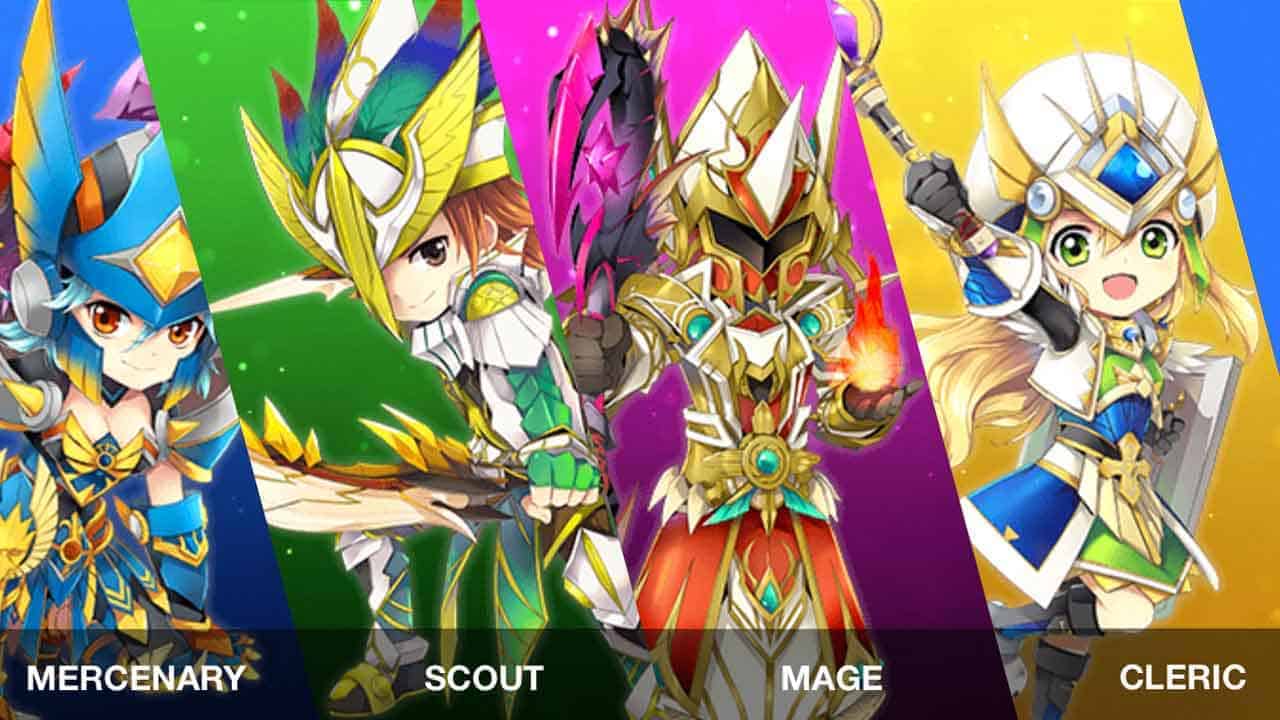 [heading]Mercenary[/heading]
Capable hunters wielding battleaxes and greatswords, Mercenaries are always ready to rush to the front lines. Hardier than their compatriots, they can deal fearsome damage with their colossal weapons.

[heading]Cleric[/heading]
Whether in close quarters with their dual blades, or from a distance with their rifles, Scouts are a force to be reckoned with. Relying chiefly on their speed, these hunters rush in and out of harm’s way, inflicting massive damage in the process.

[heading]Mage[/heading]
Years of training and discipline allow talented Mages to tap into the power of the elements. Using staves and hunting horns to channel their magic, these spellcasters rain punishment down upon their foes from afar.

[heading]Scout[/heading]
Tough and adaptable, Clerics are the saviors of any group of hunters. When they’re not healing allies with soothing magic, they’re more than capable of doling out beatings with a hammer or cestus.