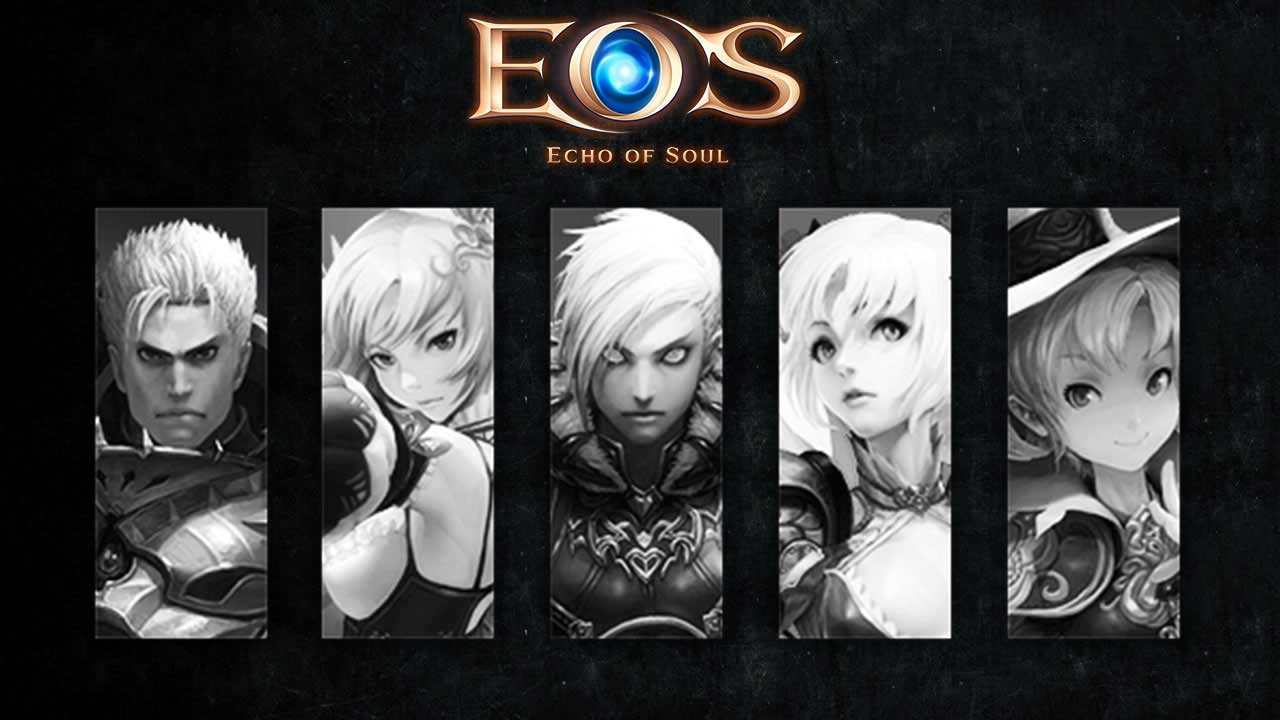 The Warrior in Echo of Soul is no different than what you’d expect to find in an MMORPG. THe warrior is a master at sustained damage and sustaining life in a team-fight. The warrior has chosen to embrace the cause of the Gods with powerful assaults and defensive attributes. His specializations include the Berserker, which make his attacks fill with rage and inflict more damage, or the Protector which makes the Warrior a reliable tank and shields his allies in the heat of battle.

The Archer is a former member of a nomadic tribe known for adrenaline and adventure. The archer takes on her enemies with both a bow and music. Yes, she can be played as a huntress or a bard. As a huntress she will inflict continuous damage with deadly fast attacks and long range arrows, while as a bard she can sing tunes that either support her allies or weaken their enemies.

The Rogue in Echo of Soul is a fiercely trained fighter who slashes enemies with the quickness. Poisons and other toxins tip his blades which leaves everyone in his wake paralyzed and ready to be finished off by his allies. His specializations include the Duelist, which gives his a mastery of explosives and critical attacks, while his Assassin specialization gives poisons to his weapons, which weakens the victims and inflicts damage over time.

The Guardian draws their energy from the strength and ferocity of nature. They strike their enemies with earth-based attacks like thunder and lightning. Guardians can also recover life with their attacks which make them difficult to defeat and a valuable ally in any party. Their Stormguard specialization infuses them with powerful attacks and weakens the defenses, while their Earthguard specialization proved protection for their party and uses shock waves to destabilize her enemies.

The Sorceress looks innocent, but she cannot be trusted. She is a master of powerful magic and leaves a wake of damage to everything that stands in her path. She can summon spells of fire or ice and inflict tons of damage to her enemies. Her Firemage specialization gives her immense offensive power with magic, while her Frostmage specialization blesses her with icy attack skills which hinders her enemies movements.