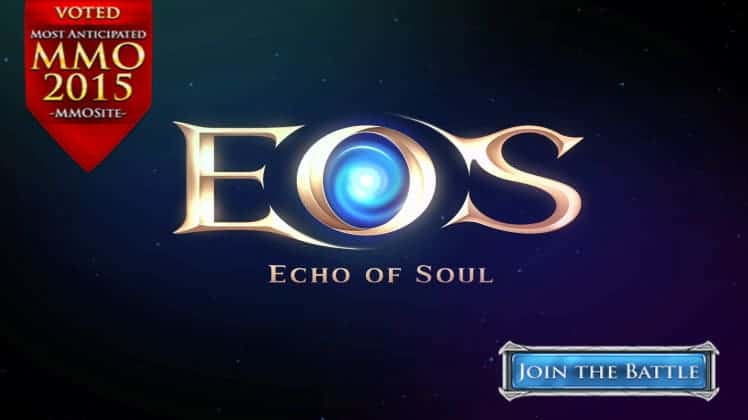 Adventurers rejoice, your epic journey in Echo of Soul is about to begin! The definitive massively multiplayer online (MMO) experience is finally coming to North American and European players in Spring 2015.

With five distinct classes, a massive game world, and a unique soul-collecting system to customize player skills, Echo of Soul is the complete MMO that fans of the genre have been waiting for. Echo of Soul will launch on PC next year but gamers can sign up for updates beginning today on the game’s site.

Developed by key members of the team behind the award-winning MMO Lineage II, Echo of Soul immerses players with rich visuals, an epic soundtrack, and a vast and detailed landscape. Providing an incredible sense of freedom and adventure, gamers that choose to step into this world are faced with the promise of an exciting endeavor with thousands of hours worth of PvP and PvE content, including quests, raids and challenges. In a feature unique to Echo of Soul, players can customize their characters by battling through dozens of solo or party dungeons, collecting their opponents’ “souls” along the way. The experience continues on the go with the dedicated EOS companion app for players to stay connected to the game world and their guild at all times.

Echo of Soul is set to launch on PC next year and will be free-to-play and free-to-download. MMORPG enthusiasts can stay up-to-date on news surrounding the game via the official teaser site, Facebook page, Twitter and YouTube.

1 thought on “Echo of Soul”