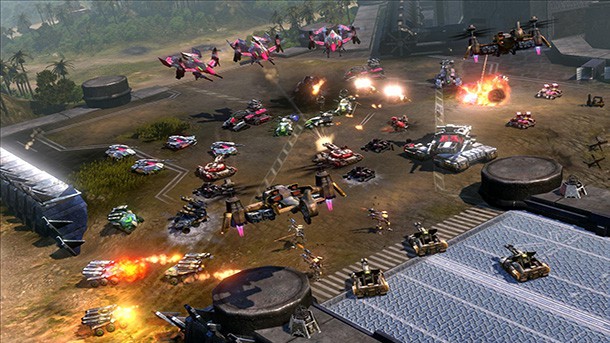 As seen on Todays Daily XP Video!
The struggling MMORTS game, End of Nations, has been re-branded as a new type of MOBA game according to the official website. The website was updated earlier today with a new description detailing the games features and future goals, and it’s not what players expected.

“End of Nations is a tactical MOBA where your success on the battlefield
depends on the heroes and units you command and quick decision making
in the heat of combat,” it reads. “Dominate during team-based matches
and catapult your commander to the top of the ranks.”

End of Nations was one of my most highly anticipated additions to the world of the online strategy game and after receiving my beta invite, I was ecstatic. However, after spending over an hour attempting to activate my account and download the beta, I wasn’t any closer to getting my strategy fix. As such I gave up, hoping to sample the game closer to release but now it appears I may not get that opportunity.

Everything changed at the end of last year when End of Nations switched hands from previous developers Petroglyph Games to the original publishers, Trion Worlds. Since that time the beta has been under heavy fire from players and critics, all but dooming the game before its release.

Re-branding the game and reopening the beta sign ups could be a last ditch effort to create a following for the dying game but whether or not it will work remains to be seen. It doesn’t matter how bad your game is, attaching it to the biggest genre of today doesn’t necessarily guarantee success. To sign up for the new beta you can visit the official website.