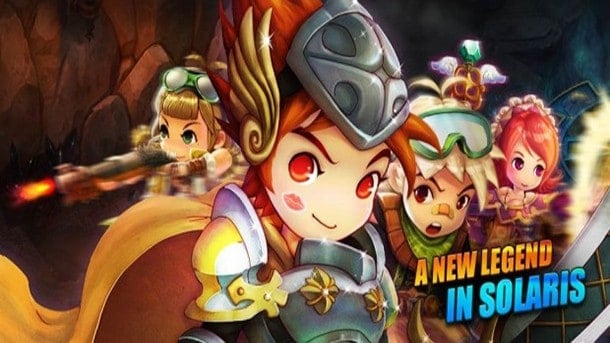 As seen on Todays Daily XP Video!
NGames is in the news again, but what else is new when your company runs one of the leading online gaming portals? Today the company is pleased to announce a massive addition to their magical MMO, Tales of Solaris. Now players can look forward to the wonderfully competitive Colosseum that features the games newly added pet battle mode.

The addition of pet battles will bring some amazing new experiences in an anime MMORPG that combines magic and machinery. In Colosseum mode, players will choose one of two arenas. One arena (Joy Colosseum) will focus on using a local server and just one companion. Players who are victorious will be able to claim special rewards from the Colosseum Bag, but only once per day. In addition, any pet that defeats a higher ranked opponent will thereafter switch rankings with them.

The other arena (Zeal Colosseum) requires a bit more character progression to get involved. A prerequisite of 5000 combat power is required to enter the tactical cross-server encounter, but it will allow players to use up to three different pets. The rewards from Zeal Colosseum victory will be much greater than the former one mentioned. This has a lot to do with its intense level of competition, as players will take the ranks of any opponent they defeat.

Aside from the obvious PvP additions to the game, players will be able to take part in daily challenges, called Challenge Drops. Tales of Solaris is currently in open beta, so this isn?t the last major content update players will see before release. Keep an eye on NGames throughout the year because they seem to deliver for fans of their games pretty frequently. Those interested in checking out this free to play phase of open beta should head over to the games official website right away.