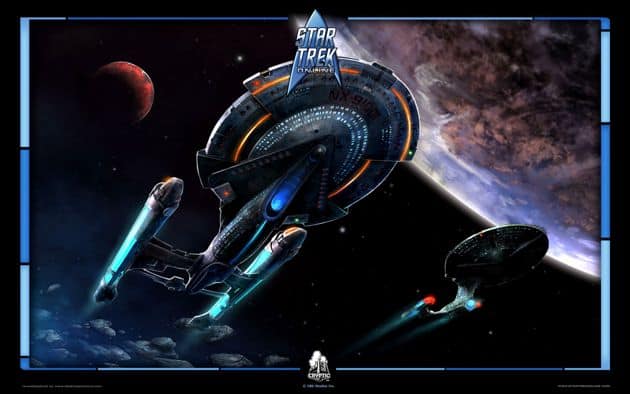 Cryptic Studios and Perfect World Entertainment have revealed details
on the next exciting expansion heading to Star Trek Online with the
opportunity to explore the iconic Delta
Quadrant in “Delta Rising”.

The new expansion will
take players into the far reaches of the galaxy as they brave an area
of space once traveled by the legendary Captain Janeway and her crew
aboard Voyager. Set 30 years following
the events of the critically acclaimed Star Trek TV show, Star Trek:
Voyager, players will embark on a mission to explore the Delta
Quadrant thanks to the discovery of a new portal in Dyson Sphere –
providing almost instant access to the same area of space the U.S.S
Voyager had mapped all those years before.
Cryptic Studios
continue their efforts to capture the true essence of the Star Trek
franchise with the announcement that Garrett Wang will be reprising
his role as Ensign Harry Kim, adding yet another celebrity actor to
the games star studied cast. Many familiar species will also make their
mark including the Kazon, Ocampans and Talaxians.
Finally,
Delta Rising will also see the first increase in level cap in over 4
years. Players will soon be able to progress to level 60 with a new
tier of ships, gear and officers waiting.