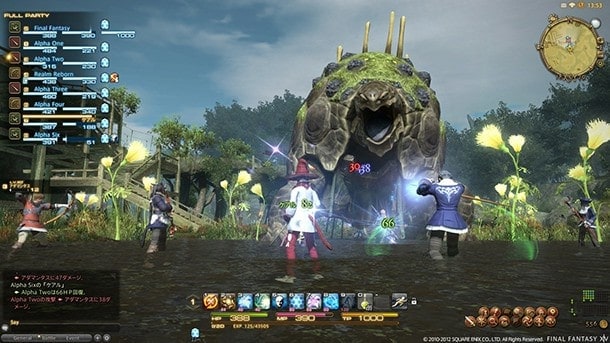 As seen on Todays Daily XP Video!
Final Fantasy XIV: A Realm Reborn Producer, Naoki Yoshida, has just announced that the Square Enix MMORPG game has broken the world record for the most concurrent connections…for a third time since its official launch. The game originally broke the record just days after release, despite the huge problems stopping players from accessing the servers.

The extensive downtime has come and gone, and with it most of the server stability issues. Now that the game has enough capacity to welcome the eager fans, Square Enix have celebrated a massive 325,000 concurrent connections. Some people doubted the popularity of a reboot involving a game that failed so badly but the Final Fantasy XIV launch has proven the fans are more than ready to add another FF MMO into their most played list.

I’ve actually just grabbed the PlayStation 3 version myself. Any of the MMOAttack community playing? Maybe we’ll bump heads in Eorzea.