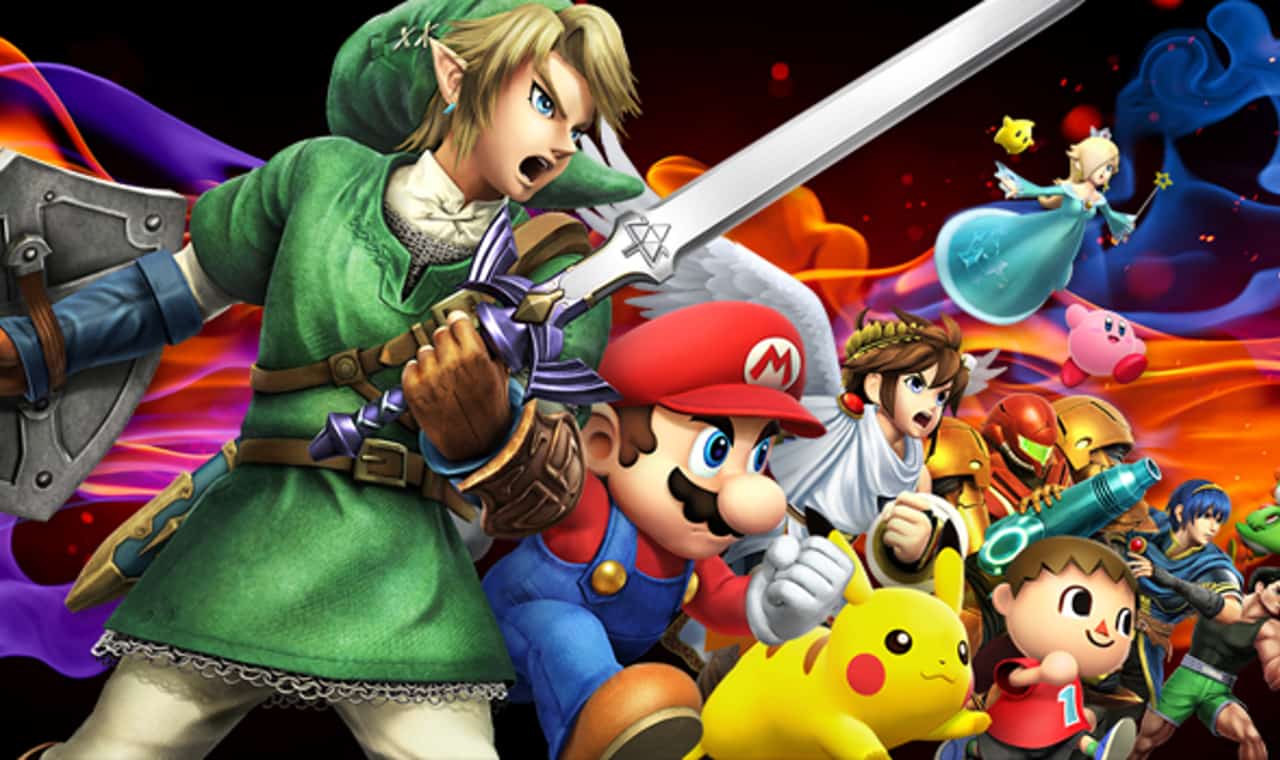 Hey there, folks! Now that everyone’s gotten a feel for Smash Bros 3DS, I figured it couldn’t hurt to talk a bit more about the game this week.  Specifically, let’s have a chat about tier lists. What characters are the best in the game?

We’re going to go over them in no particular order. Note, however, that Nintendo’s done a lot better job balancing Smash Bros this time around – so character tiers are actually a lot less relevant than they used to be. What that means is that even if you’re pitted against an insanely-overpowered character, it’s entirely possible for you to win with your favorite. First up on our list is Duck Hunt – or as many of you who played the original game know him “that asshole dog.” Although he doesn’t have a whole lot of answers once you get right up in his face, at a distance he’s one of the best in the game. If you play him smart, your foes won’t even be able to get near you – you’ll simply poke them down from the other side of the arena before setting up for the kill.
[heading]Bowser[/heading] A friend of mine played exclusively heavy characters throughout the life of the Smash Bros series, and he always bemoaned how they seemed to get the short end of the stick – especially in Brawl. Picks like Bowser, Ganondorf, and Donkey Kong were considered foolish at best; suicidal at worst. That’s no longer the case – all heavies have gotten a significant power boost, with increased resistance to flinching and crushingly high-damage abilities. Bowser shines in particular; he packs enough power to two shot anyone who isn’t another heavy.
[heading]Sheik[/heading] Sheik has long been one of the top-tier picks in the Smash Bros franchise, owing to her incredible speed. This hasn’t changed in Smash Bros 3DS, where Zelda’s alter-ego continues to dominate – and her capabilities in the air are nearly unmatched. Too bad for Zelda, since the two are now separate characters, and the former is…not so great.
[heading]Yoshi[/heading] Admittedly, I haven’t spent a lot of time with Yoshi, but from what I’ve heard, he’s a super-solid pick. Equipped with a few new combos (and a set of bugs that make him absolutely godlike), he’s a deadly match-up in any arena. Apparently this isn’t anything new – he’s always been a high-tier pick.
[heading]Greninja[/heading] And now, we get to the top of our list. Greninja, according to pro player Zero, has “no clear-cut weaknesses.” Having spent a fair bit of time with the character, I can’t help but admit it: he’s right. The acrobatic frog is one of the fastest characters in the game, yet still manages to hit like a truck. Not only that, most of his abilities contribute in some way to his mobility, allowing him to jet across the stage while still dealing out punishment to anyone stupid enough to get close.

So, there you have it. A list of some of the most powerful characters in the fourth Smash Bros game, largely courtesy of SHI gaming. Don’t pay this one too much mind, though – as I said, it’s perfectly acceptable to stick with your favorites.