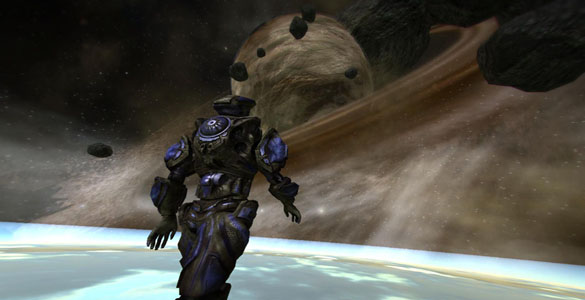 Practically every area of MMO gaming is rife with competition. Whether it be in the midst of a storm of swords on the PvP battlefield or a forum debate over the best genres, there’s always someone with a different opinion to our own. However, the MMO debate world seems to get more passionate about certain subjects, one of those being hardcore MMO games vs theme park MMO games.

If you’re not familiar with the terms they basically refer to how much hand holding is involved, although the definition varies depending on who you’re talking with. A theme park MMO, most often described as World of Warcraft, is an MMO that generally teaches the player everything they need to know very quickly after starting the game. A hardcore MMO is a term used to describe more difficult MMO titles, most of the time referring to sandbox MMO games.

Personally, I just see them as MMO games in their befitting genre but I do notice some really unnecessary issues with both types. To me, the very definition of a hardcore game means the title has severe issues from the get go. If we compare Darkfall, Mortal Online and other popular sandbox games to regular MMO titles, there’s some obvious flaws.

Hardcore MMO games generally include far more features than a theme park title but the lack of any serious tutorial or explanation often leaves players wanting. However, many consider a tutorial to be a defining feature of a theme park game, so in theory introducing a much needed feature to a hardcore game would then make said game a theme park game in the eyes of certain players.

Theme park games on the other hand generally include standard MMO features and casual-friendly PvP. Not really punishing players for death or mistakes, instead opting to focus on providing players with a friendly experience. This is arguably the mainstream approach to MMO games today as the casual player doesn’t want to lose all their gear or get ganked and remain dead for hours.

I can see the appeal to both games but in order to create a new type of MMO game, the genres will need to borrow features and ideas from one another. Theme park games need more features and the option for more hardcore PvP, while hardcore MMO games need to do more to allow players to enjoy the entertaining aspects that aren’t PvP. Such as incredibly in-depth crafting, trading, or even house and city management.

It seems to me that most of the debate is purely because certain players believe playing a hardcore MMO makes them a better gamer, or a more skilled gamer. When in truth it just comes down to the players personal preference.

What do you think? Should the line between hardcore and theme park MMO remain? Or could we see a new type of MMO appeal with a game that could successfully cross over features from both?